A complete overhaul of this HDB unit was done to create a raw look for its homeowners, who wanted a bigger space with an industrial theme to it. Being plant lovers, they had also added indoor plants to spruce up the space and to give off resort-like vibes.

In the living room, the original flooring is replaced with cement screed to further elaborate on the raw look. The hooks on the ceiling were a concept designed by Raymond after being given the initial brief. “I created this modular system where the homeowner, who is a graphic designer, could have the flexibility to display his accessories,” he shared. “This is like a fun element that allows them to hang their plants or lighting which they can move anytime.”

To further enhance the industrial theme, exposed wirings and metal trunkings were left as such.

The use of different flooring in the open concept kitchen was one that was implemented by Raymond as well. “I used tiles that look like wood for the dry area near the island, and tiles that look like concrete in the wet kitchen as these are easier to maintain,” he said. “This is to also keep to the raw look that my homeowners wanted while ensuring it is practical.”

To see more of Raymond’s work, visit his profile at The Happitat. 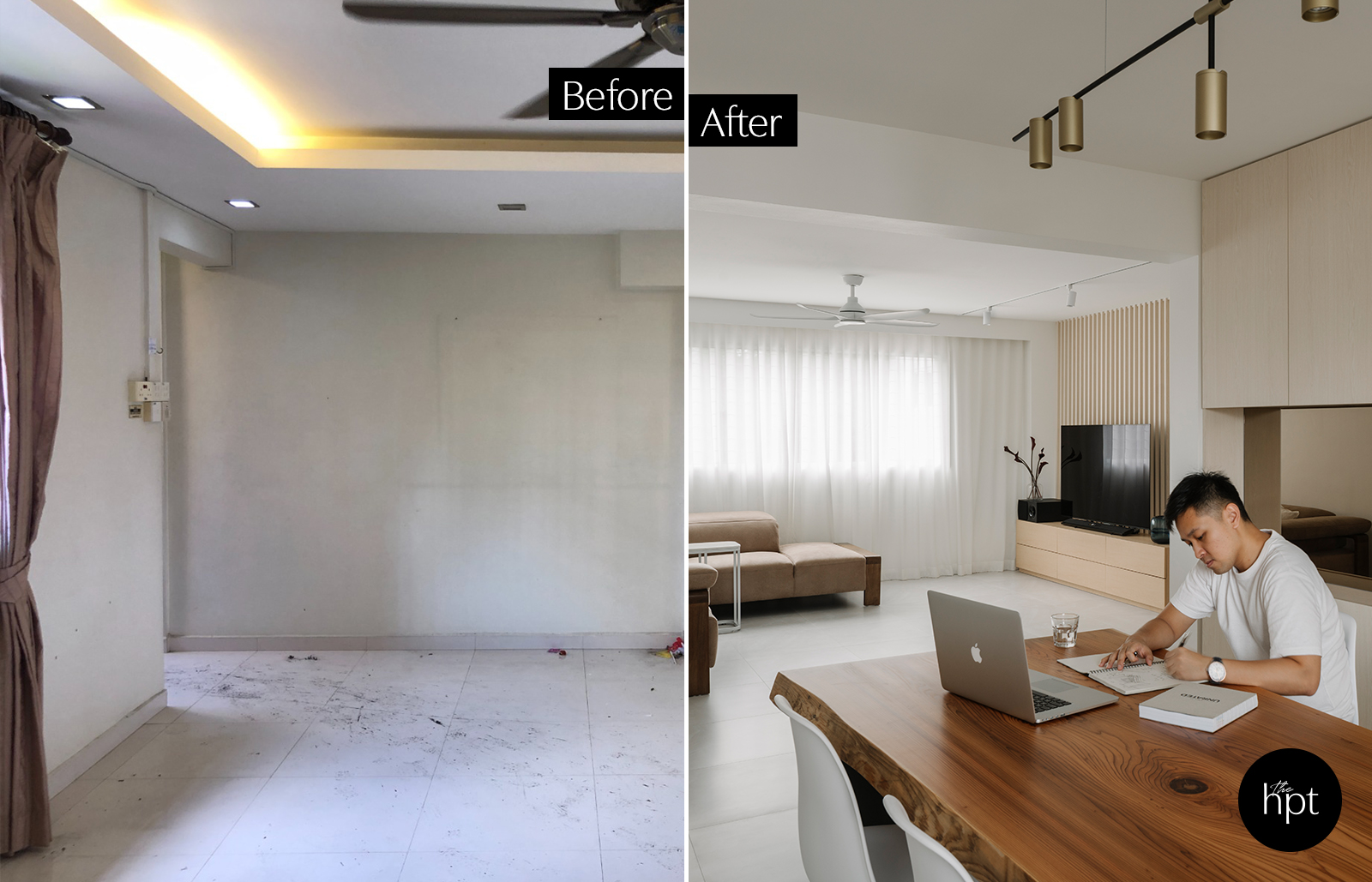 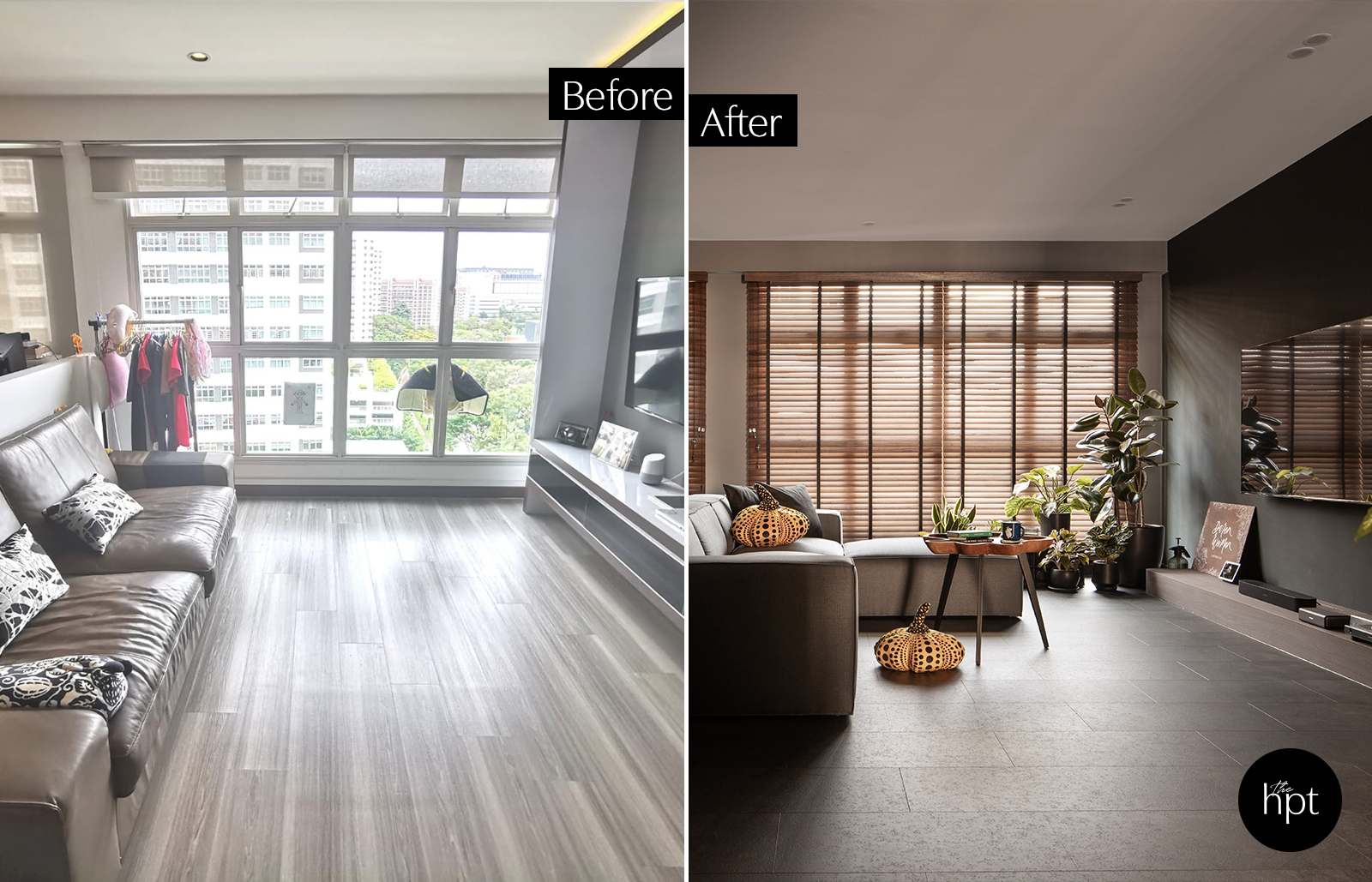 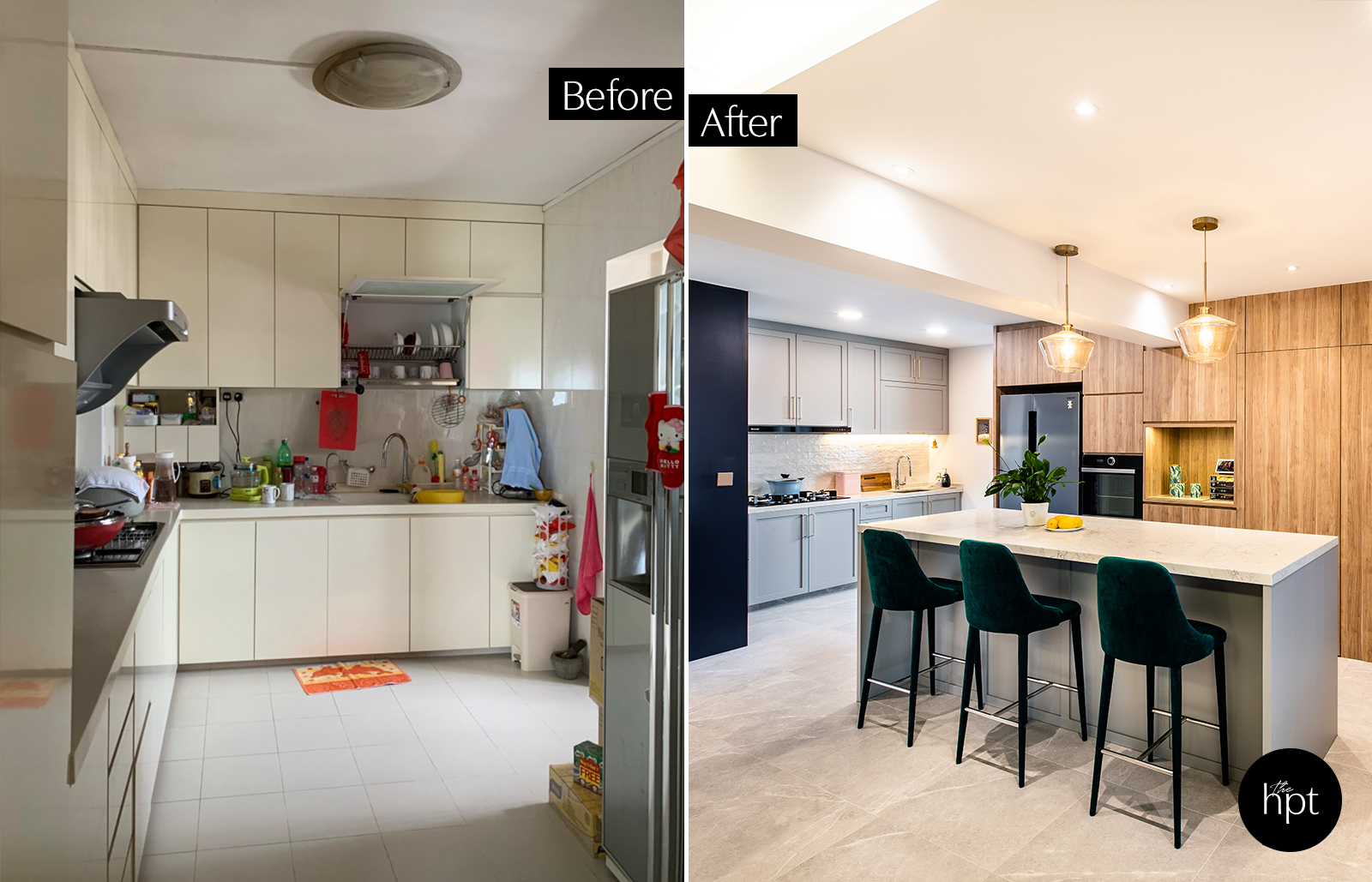