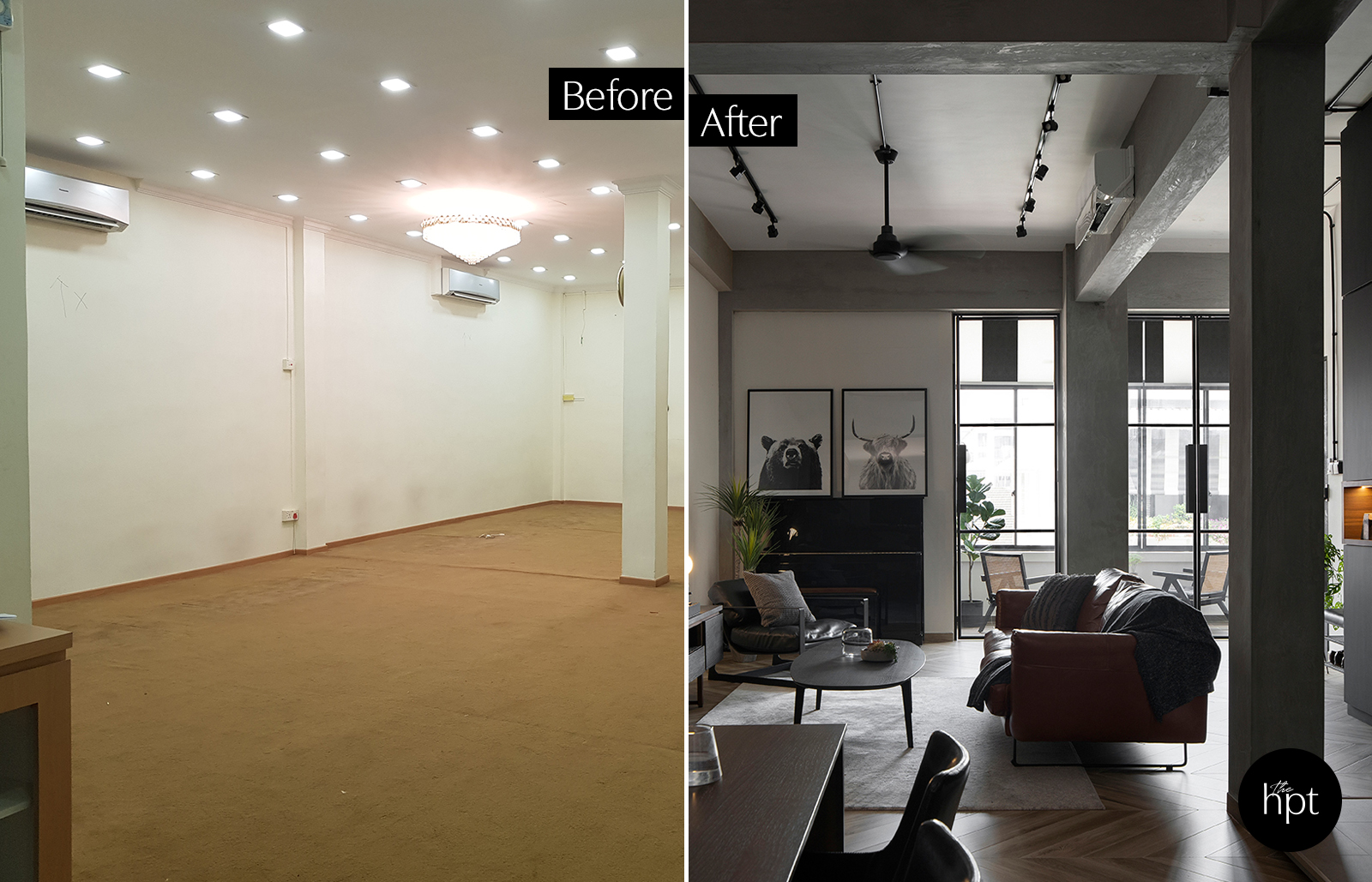 A person’s home is the ultimate safe haven from the hustle and bustle of everyday life. For designer Royston, this was the mantra that he followed when designing this Condominium unit for his easy-going, young homeowners. He shared that the couple had wanted the space to feel lived-in, laid-back, and easy like a Sunday morning. One of the ways that he had helped achieve that was to have the furnishing, botanicals, and decor look more naturally scattered than deliberately positioned. 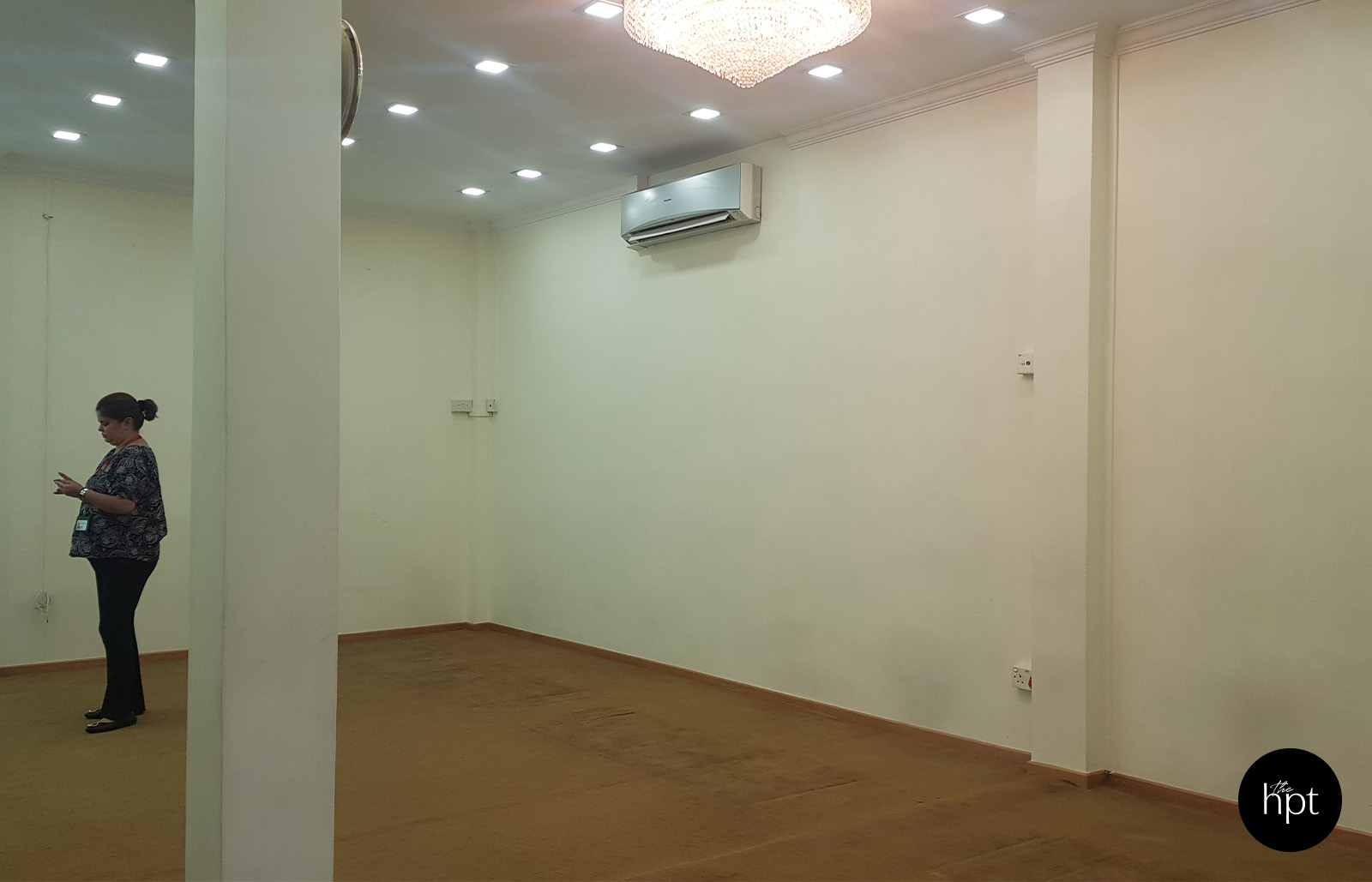 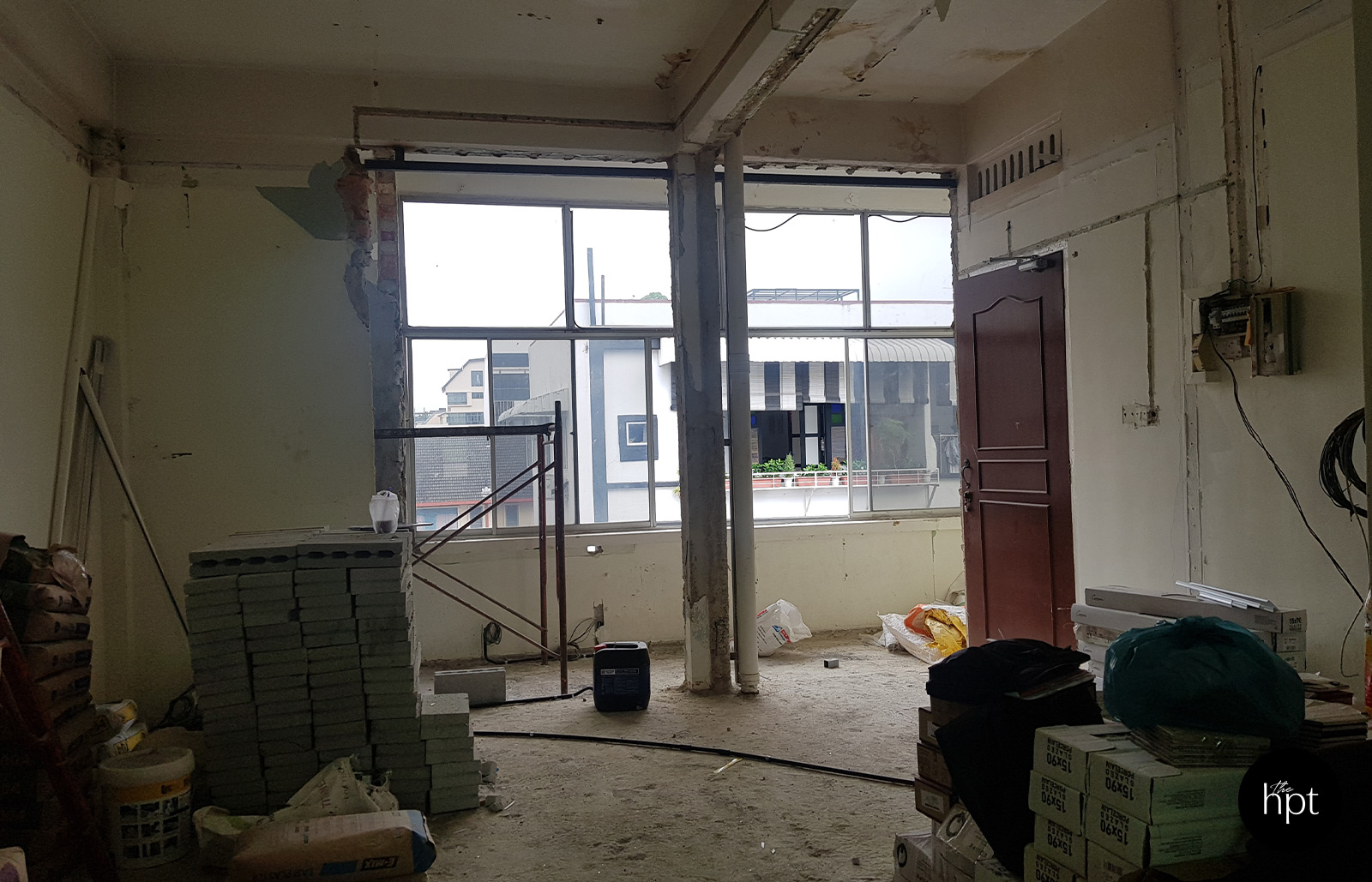 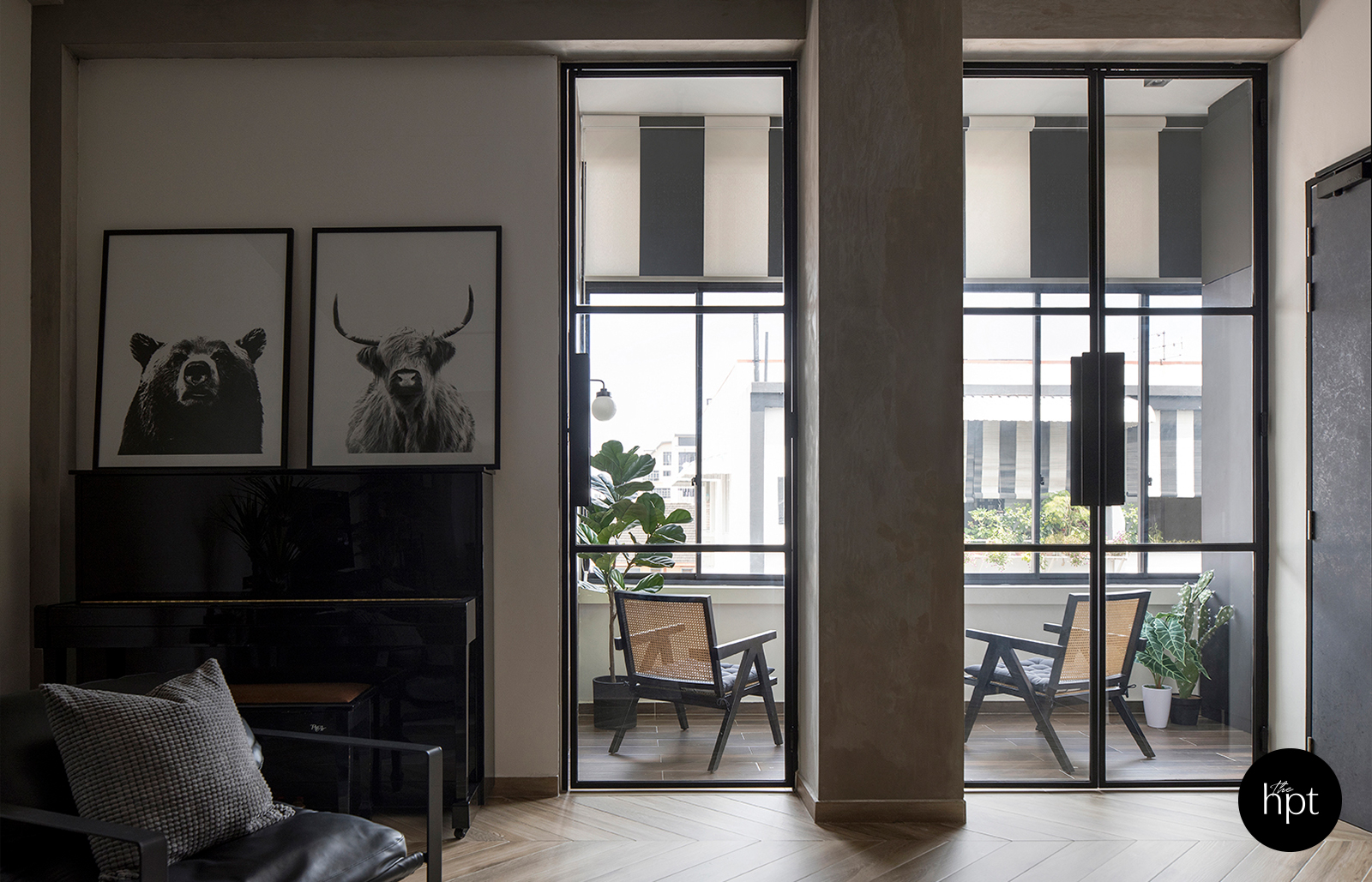 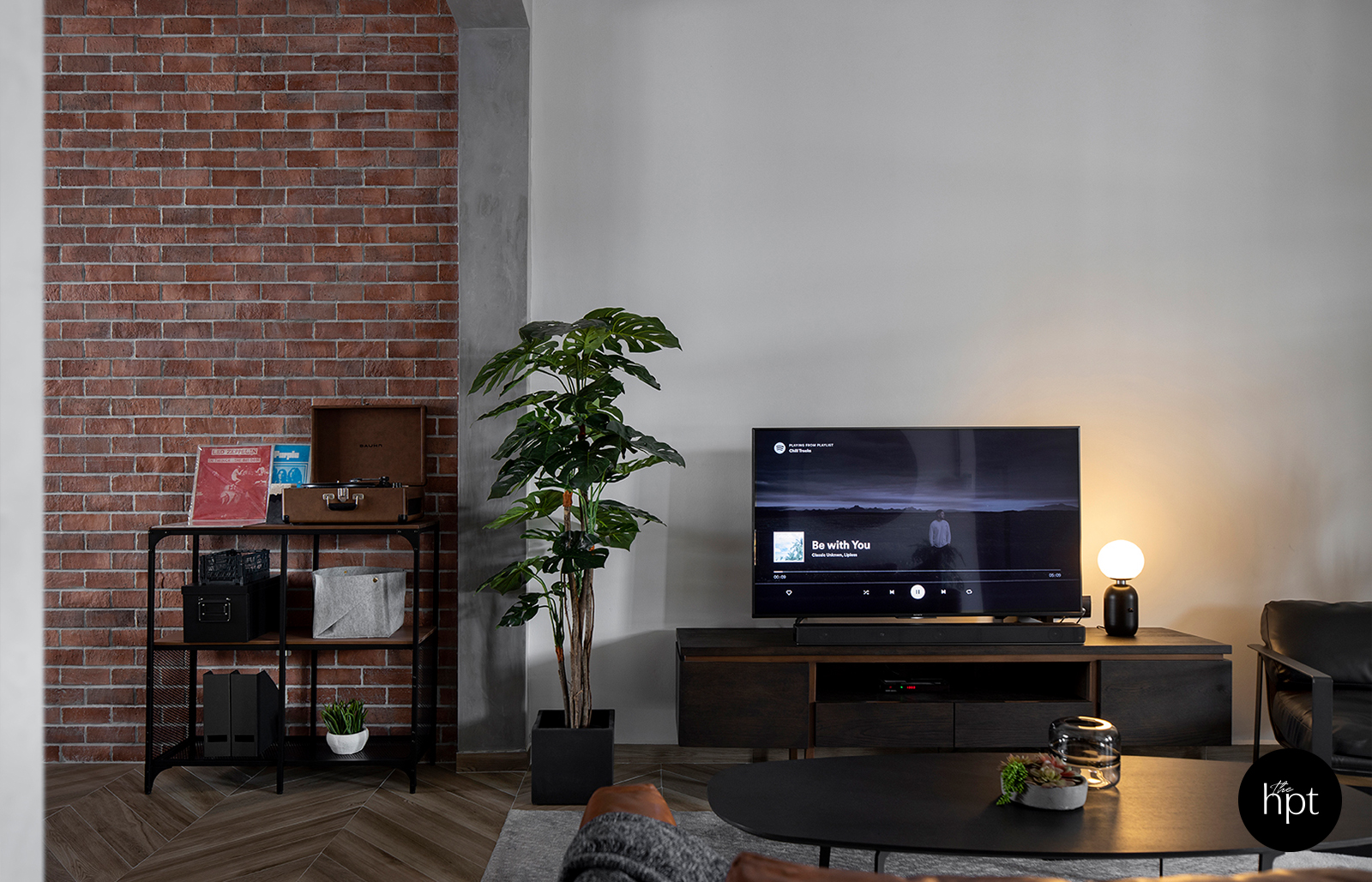 In the living room, Royston shared that to the untrained eye, it may look like a classic staggered herringbone floor. In fact, a chevron patterned flooring was chosen on purpose instead. “Chevron flooring looks more contemporary as compared to the herringbone style,” he explained. “It introduces a clean, refined, and orderly canvas for the more loosely defined furnishing and styling.” 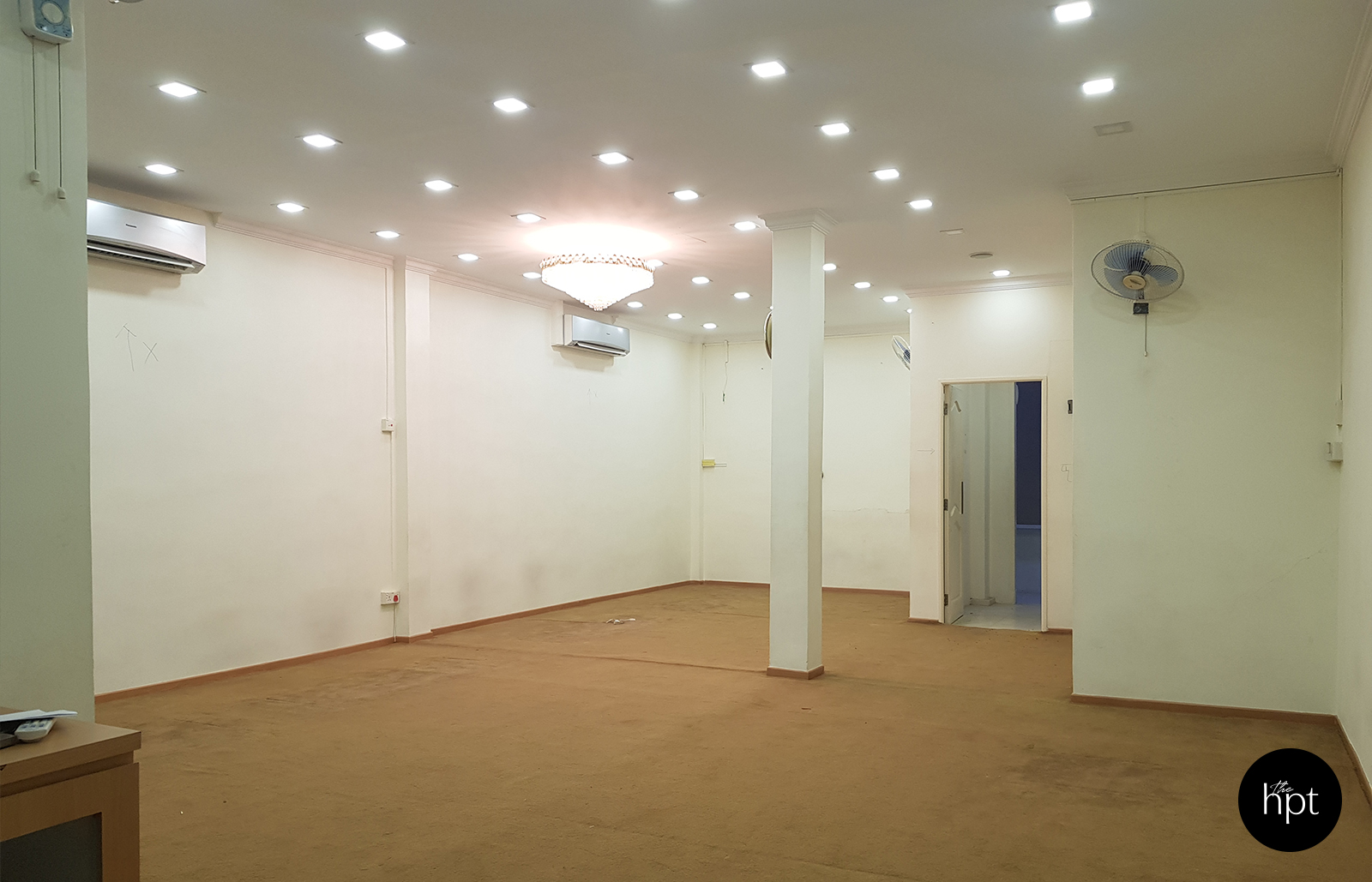 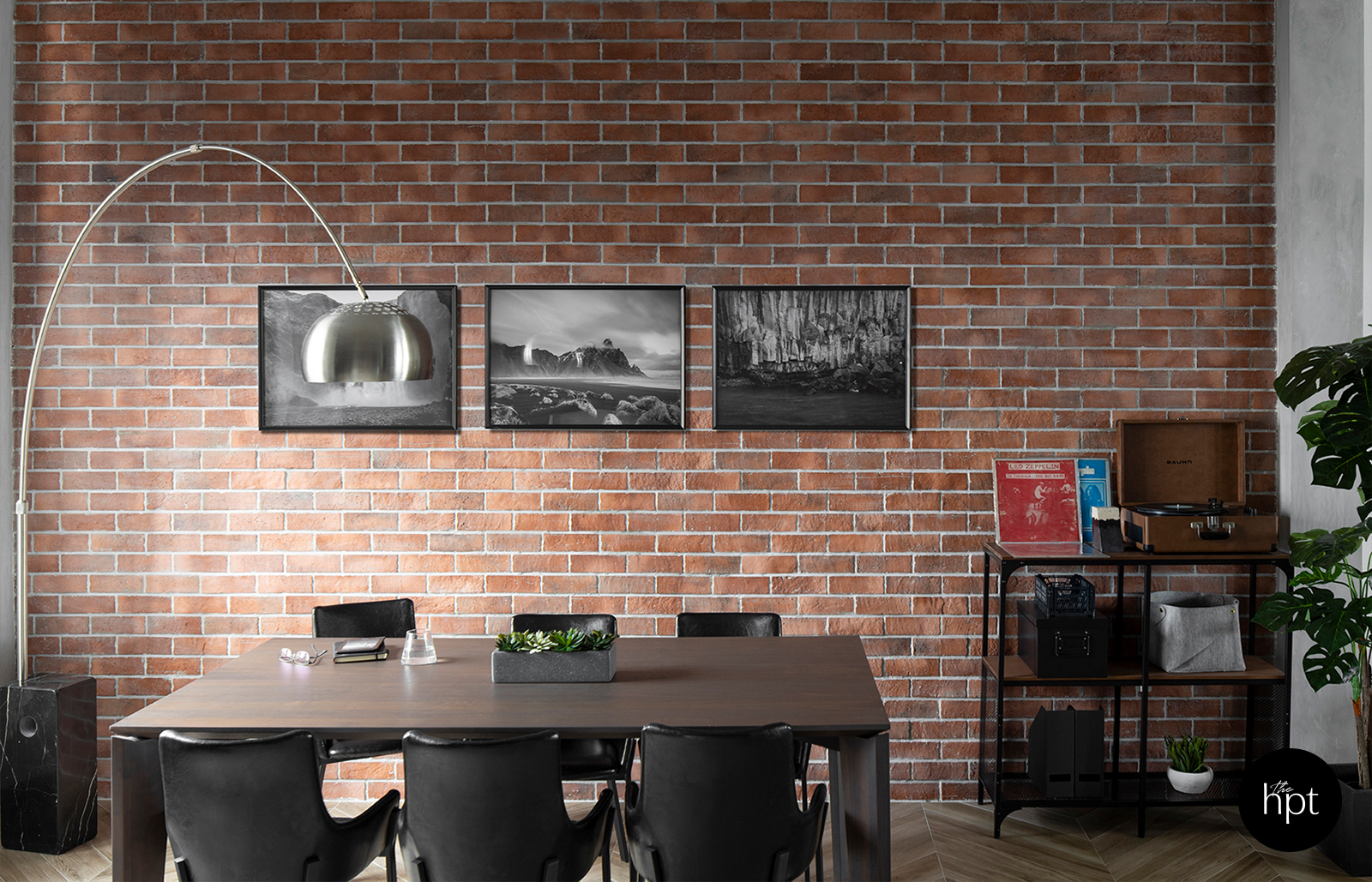 The light oak flooring also provides a high contrast to the warm brickwork and furniture with dark, rich, and inviting wood tones

Before – Kitchen leading to the Master Bedroom 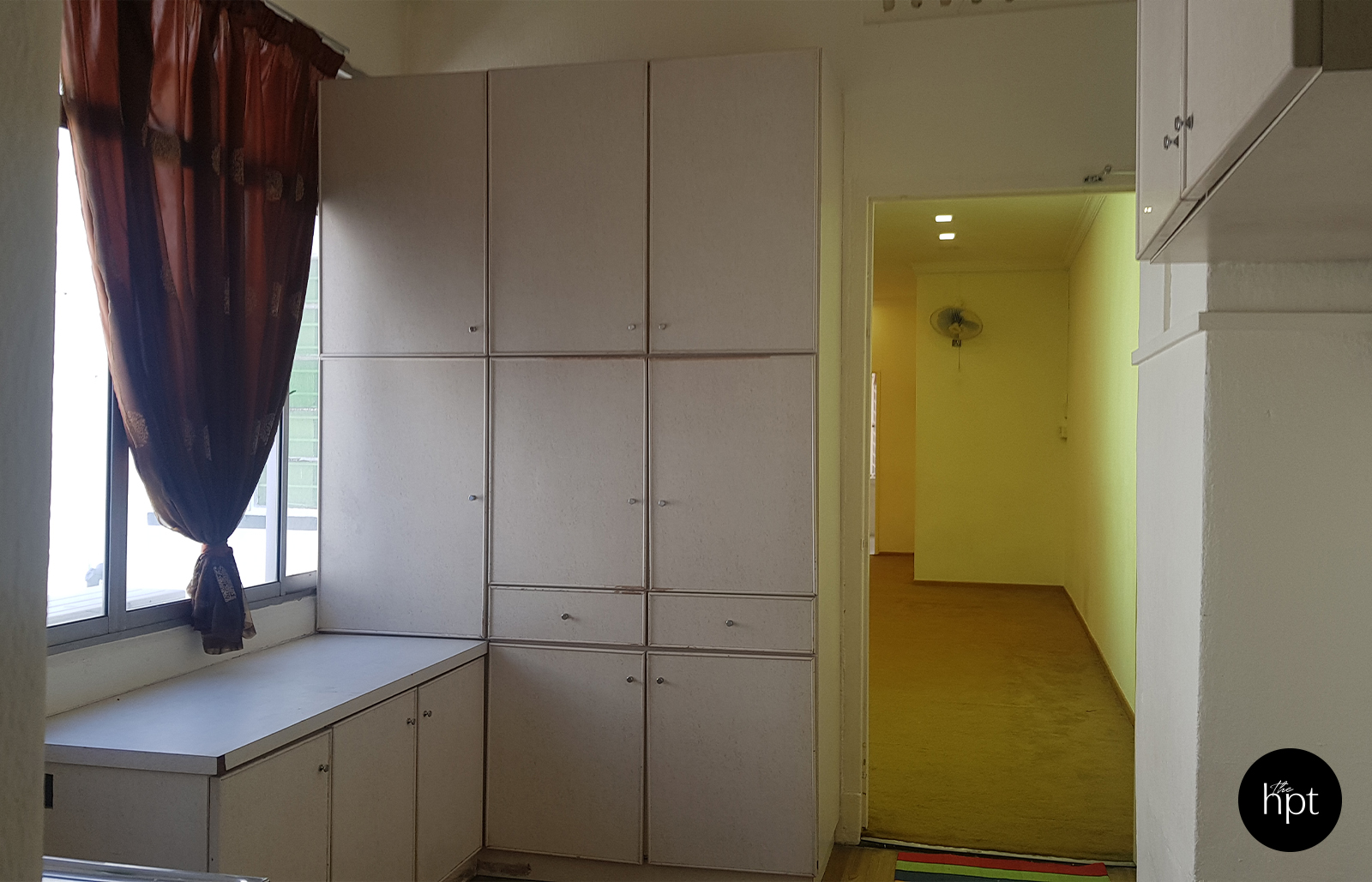 After – Kitchen leading to the Master Bedroom 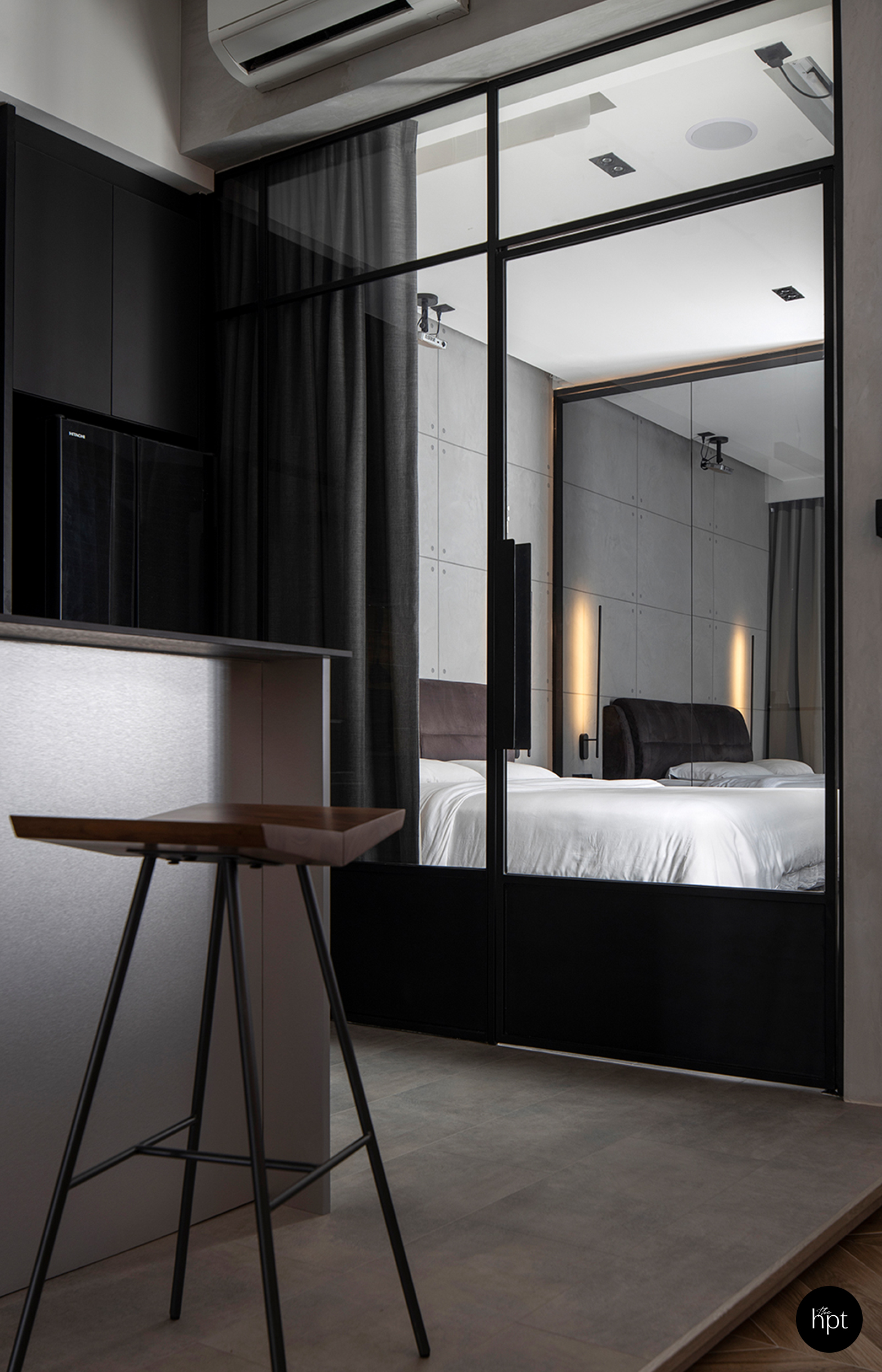 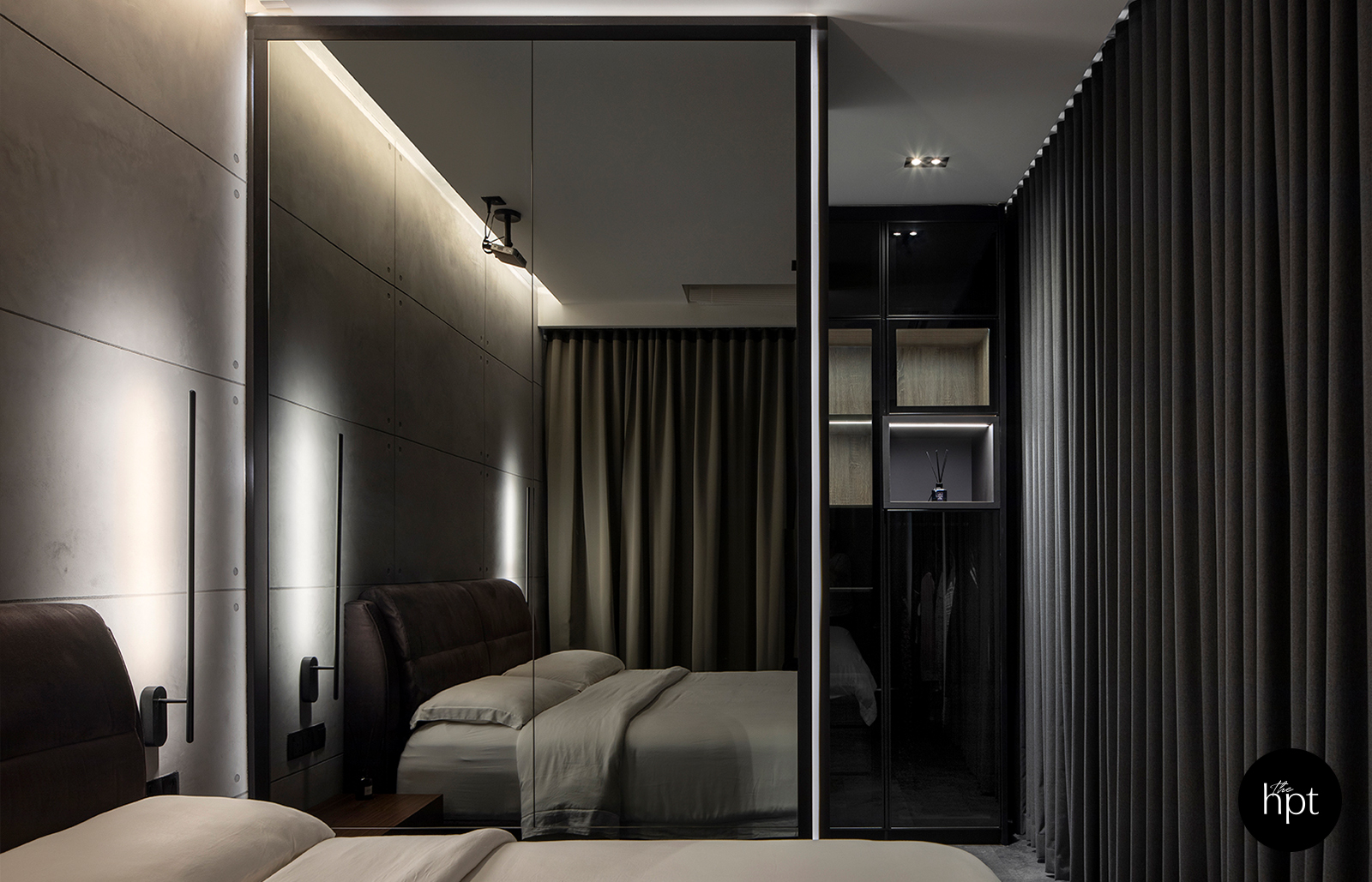 “The master bedroom, previously the kitchen, was designed in our signature style – a moody, ambient space with a cool contemporary vibe to it,” Royston said. “We also added tinted mirrors and glass wardrobes to visually expand the narrow space.”

He also shared that the platform constructed for the new kitchen, which extends all the way to the current master bedroom, allows for the pipes to be routed from the master bathroom underneath it without exceeding the suggested weight load. “It also elevates the kitchen area from the rest of space; thereby adding visual dimension to an open floor plan,” he said. The previous bathroom and shower area was combined and extended to create a spacious, luxurious bathroom, reflecting a sophisticated urban oasis consisting of a spectrum of different textures: wood, stone, concrete, marble, and mosaic.

“The custom integrated sink is made from the same VULCAN porcelain surface to capture the natural veins and grains of black marble,” Royston explained. “It is then digitally replicated to provide a seamless aesthetic of natural stones at a fraction of the cost.” “The homeowners expressed that the balcony was a lifesaver during the COVID-19 lockdown,” Royston said. “Designed as a Slow Space, this part of the home prioritises the well-being of the homeowners, allowing them to press pause on the hustle-culture associated with our current way of life.”