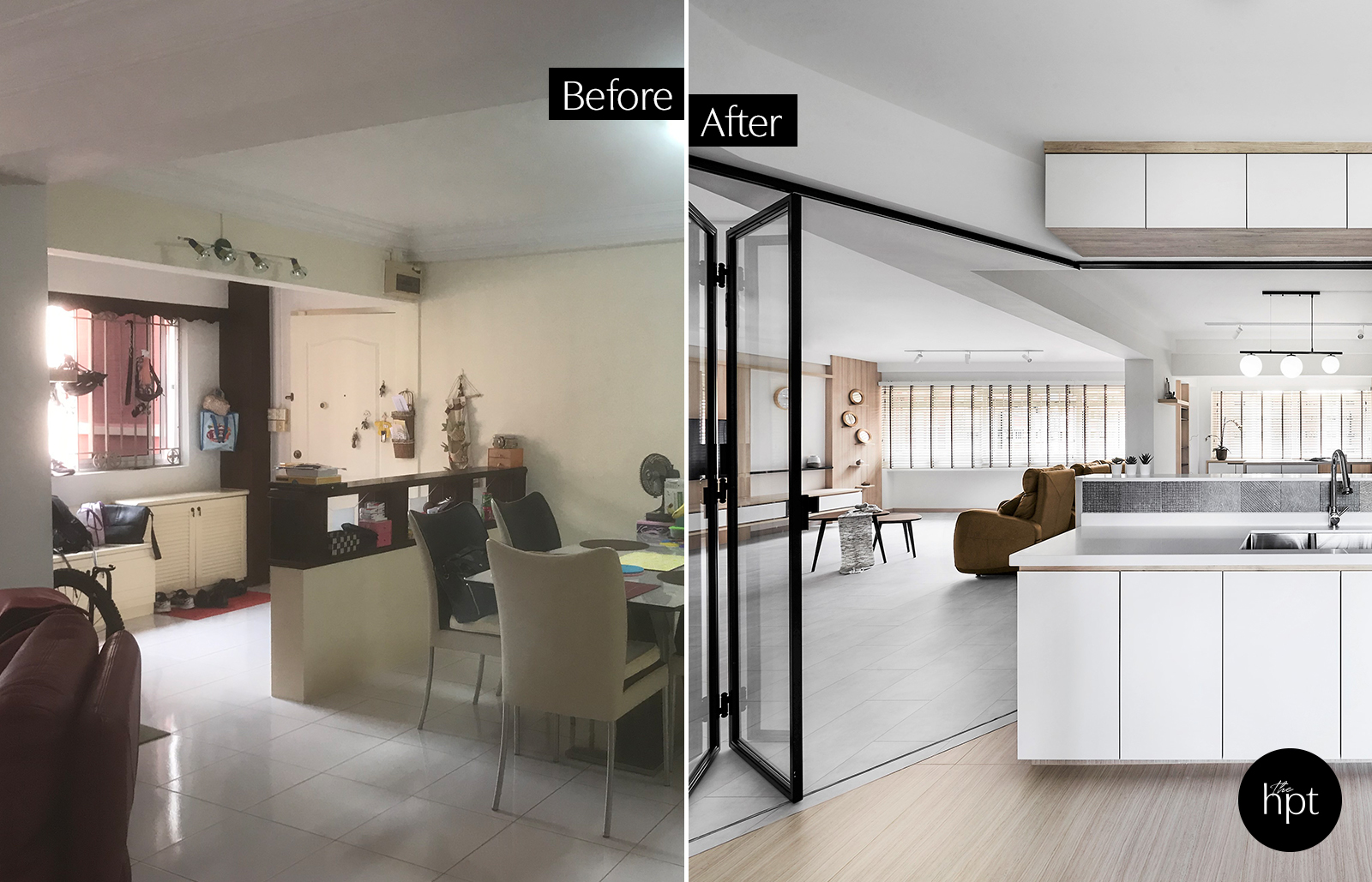 Inspired by Japanese design elements, this 5-room HDB executive apartment was transformed into a minimal aesthetic with a colour scheme of warm oak, cool grey concrete accents among the largely all-white space. As the homeowners’ 2 sons have grown up, a change of design was exactly what they needed. 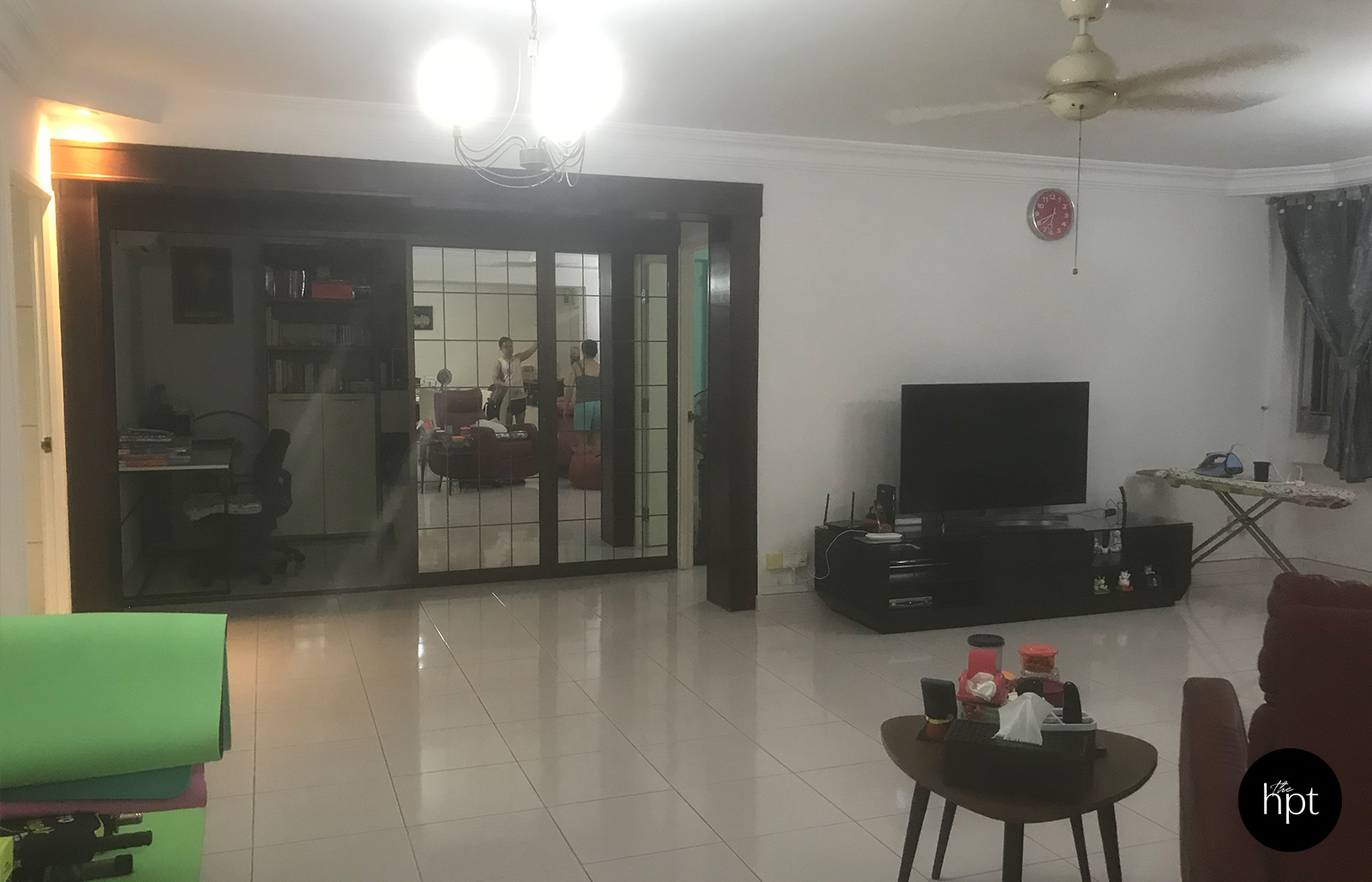 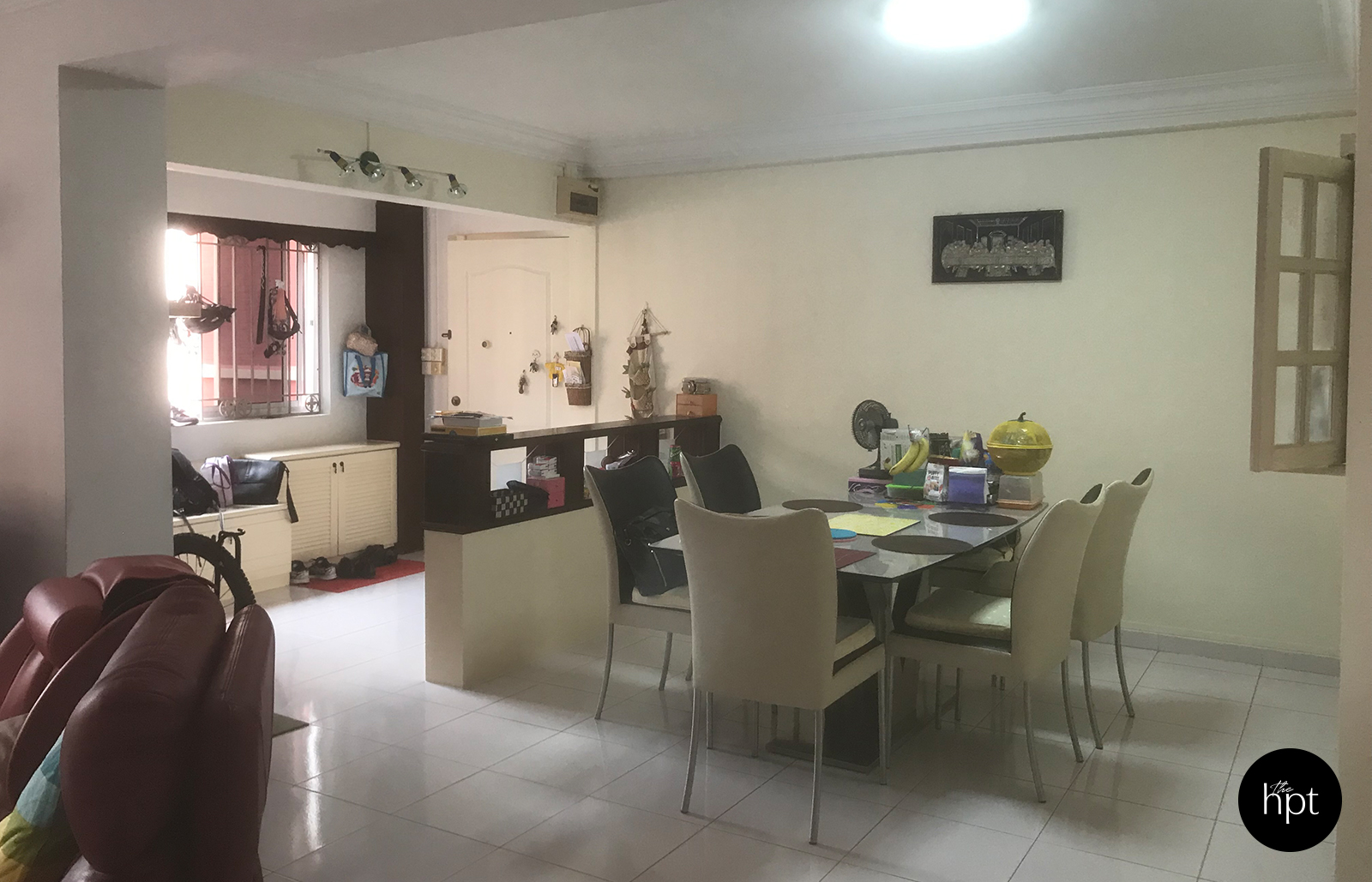 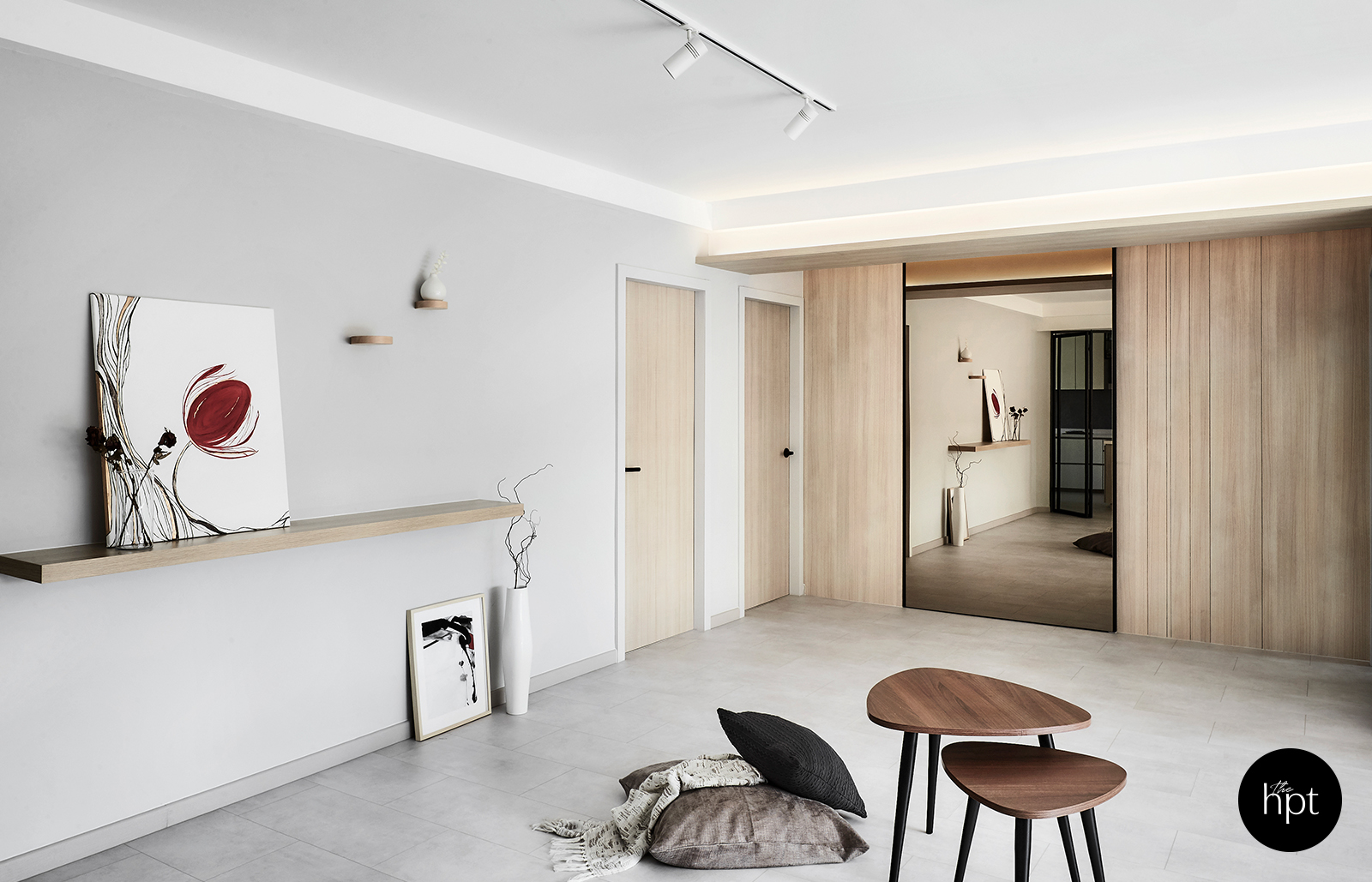 The series of floating display shelves in the living room was purposefully designed to mimic a cascading Japanese waterfall. A tinted mirrored sliding door with black trimming was designed to conceal the entrance to the study area and to also extend the living space. 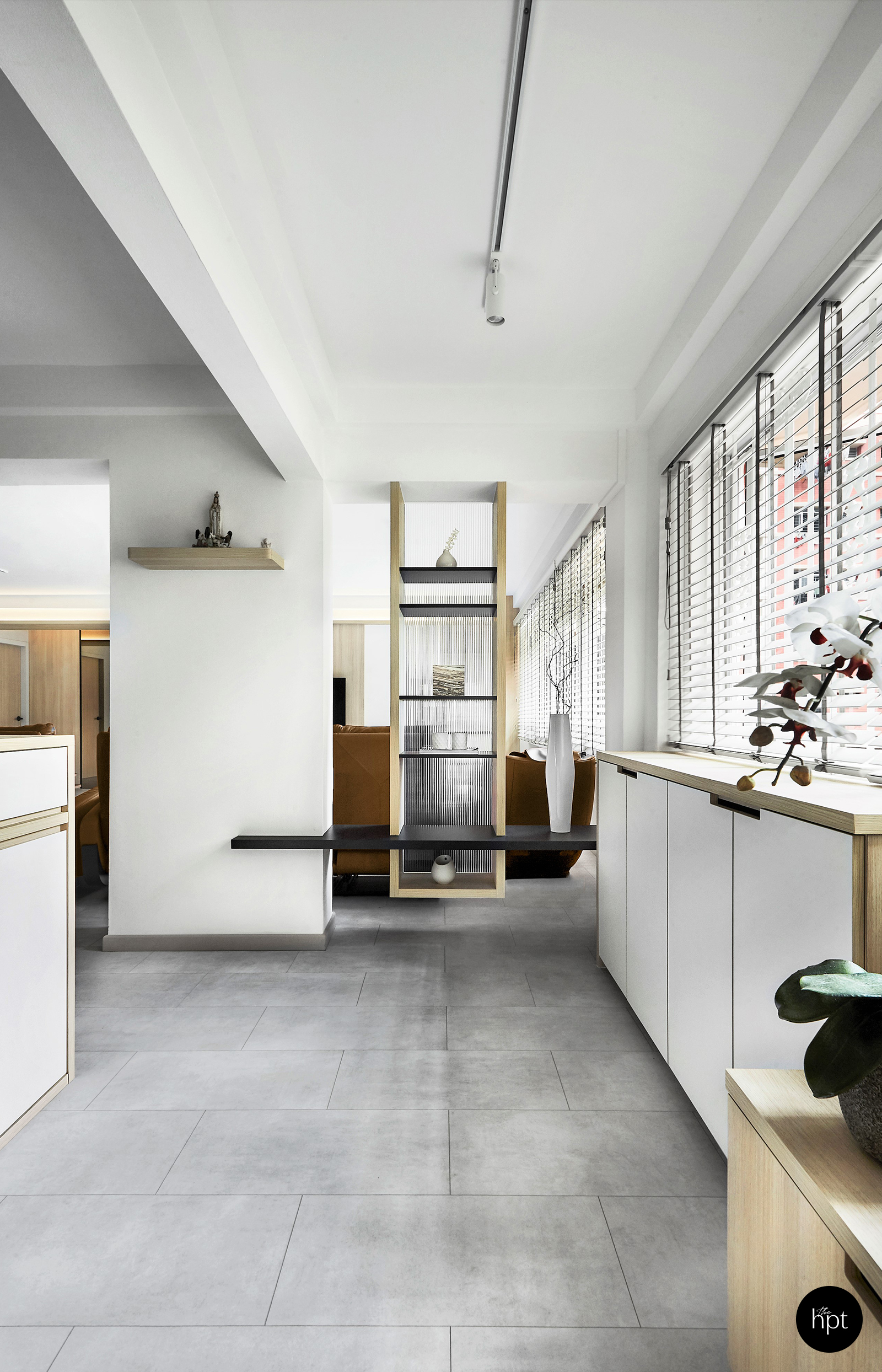 “The suspended storage was previously a frosted glass panel and I felt that that was not adding to the spaciousness of the home,” Amanda said. “I definitely knew that I wanted to add a partition to still provide some sort of privacy but I wanted to make it floating so it looks lighter, as compared to a bulky one like a wall.”

Before & After – Master Bedroom In the master bedroom, the wardrobe was designed as an L-shape to maximise storage space and furnished with custom made handles and white laminate fronts to brighten up the room. To ensure the minimalist, serene and streamlined design, the door to the ensuite bathroom was hidden. 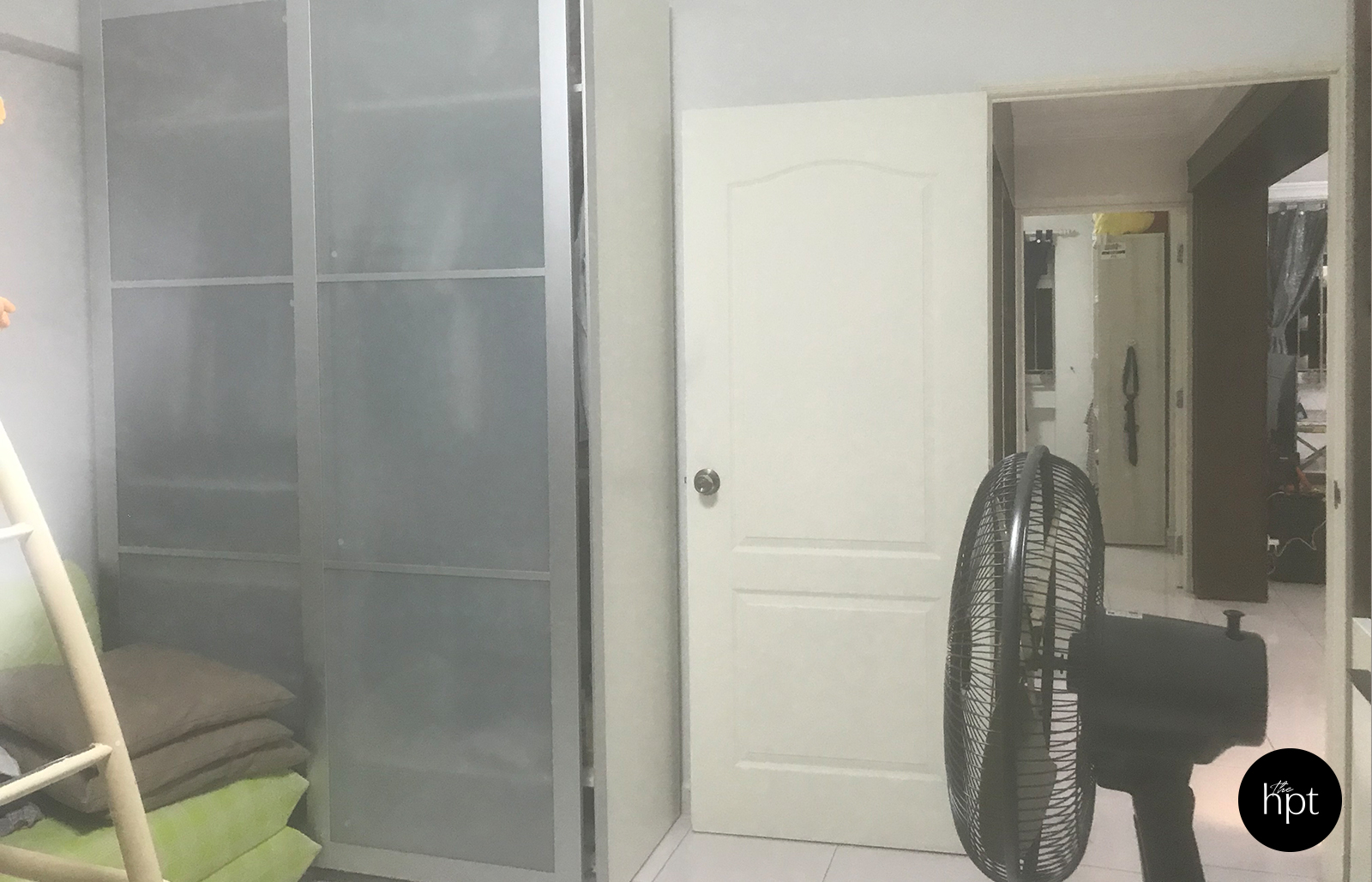 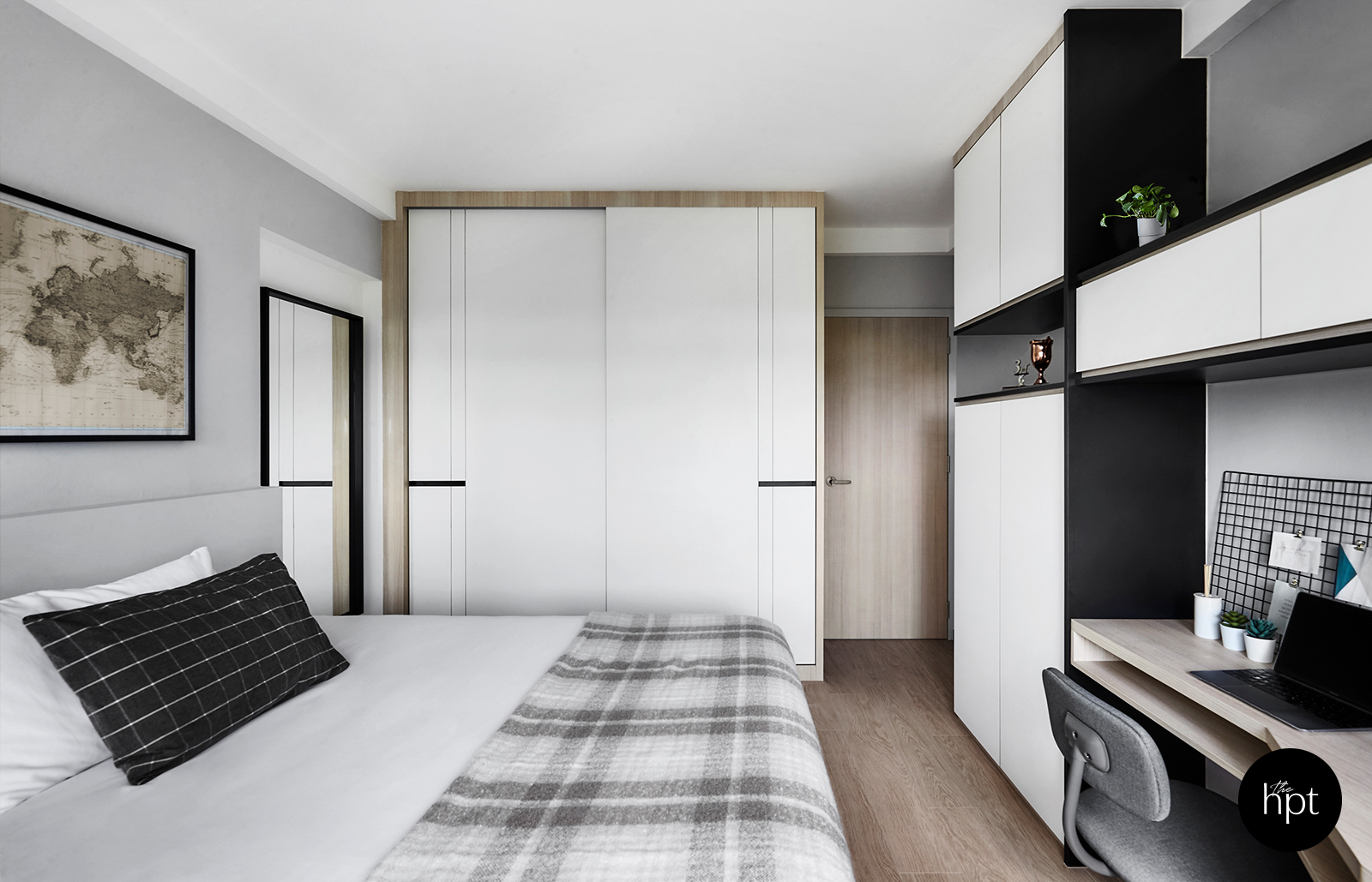 The dining area incorporates a minimalistic aesthetic with subtle Japanese elements. “I used black frame accents here and there to make the overall design more contrasting since the home mostly consists of light tones,” Amanda shared. “One such example would be the black-framed kitchen windows.”

These black-framed kitchen windows and doors were used to add depth and contrast to the home, breaking the monotony of the interconnected spaces. The bathroom was fitted with a variety of tiles with concrete-like finishes and herringbone patterns. To complete the look with a modern and chic touch, black-framed glass panels were used for the shower area.