Move aside, pastels; black is in.

Before – The Living Room

After – The Living Room

“As a designer, not only did we want to introduce the colour black, we also wanted to add visual interest to the overall space,” Joshua explained. “We utilised black in various forms such as the pegboard, in the vinyl overlay as well as the tiles that were used.”

“The living room was previously segregated but we decided to open it up in the new design,” He added. “This is because when working with a colour like black, opening it up helps to retain a sense of space rather than it feeling claustrophobic.”

Before – The Master Bedroom

After – The Master Bedroom

The use of the colour black transitions into the kitchen where black tiles can be seen on the walls as well as the flooring. The kitchen backsplash makes use of the same material as its countertop.

The vinyl flooring was extended from the living room into the kitchen to create a seamless transition since the original closed kitchen layout was kept.

Before & After – The Bathroom

To transform the bathrooms, the walls were overlaid and shelvings were added to add a touch of modernity yet keeping it functional.

To see more of Jax & Joshua’s work, visit their profile at The Happitat. 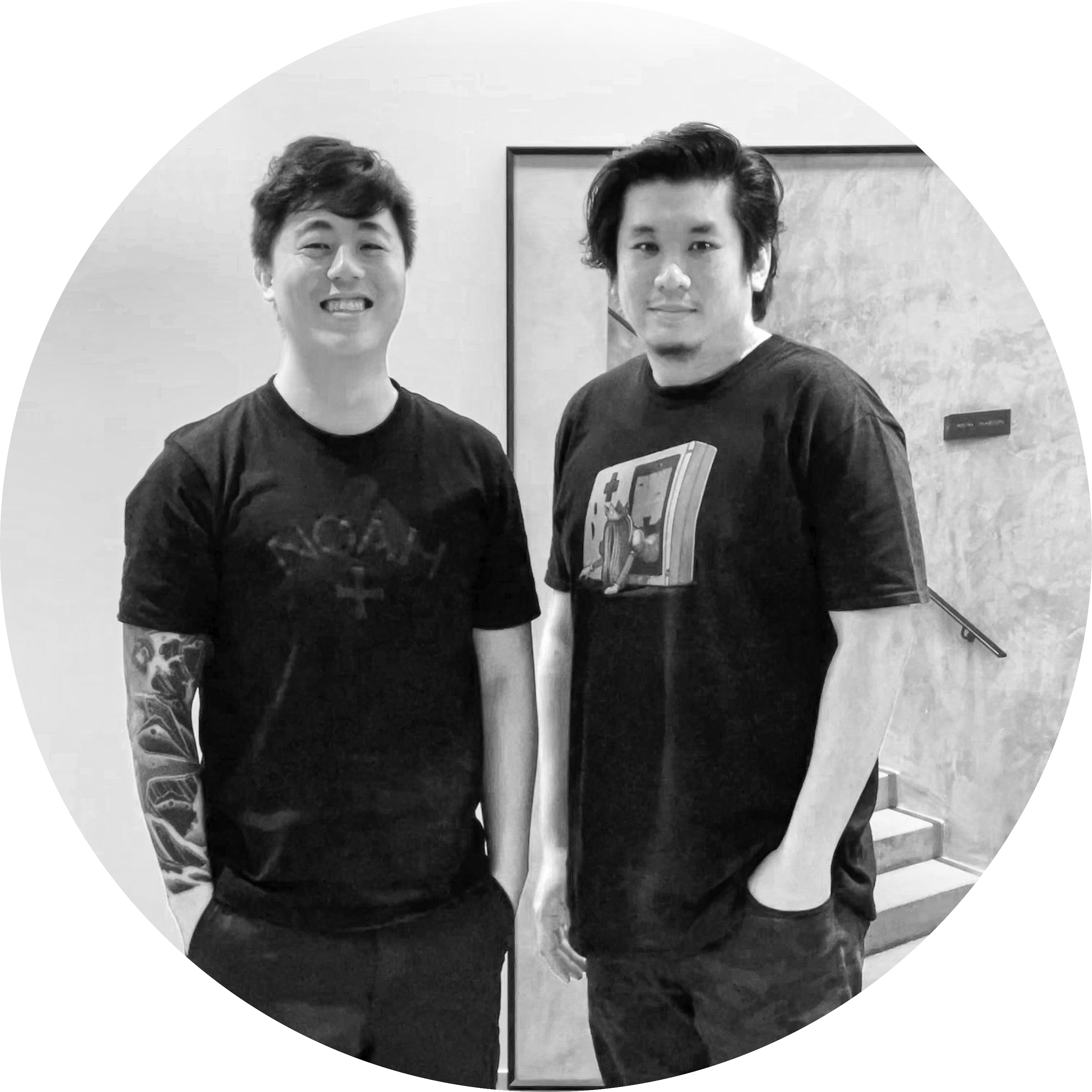 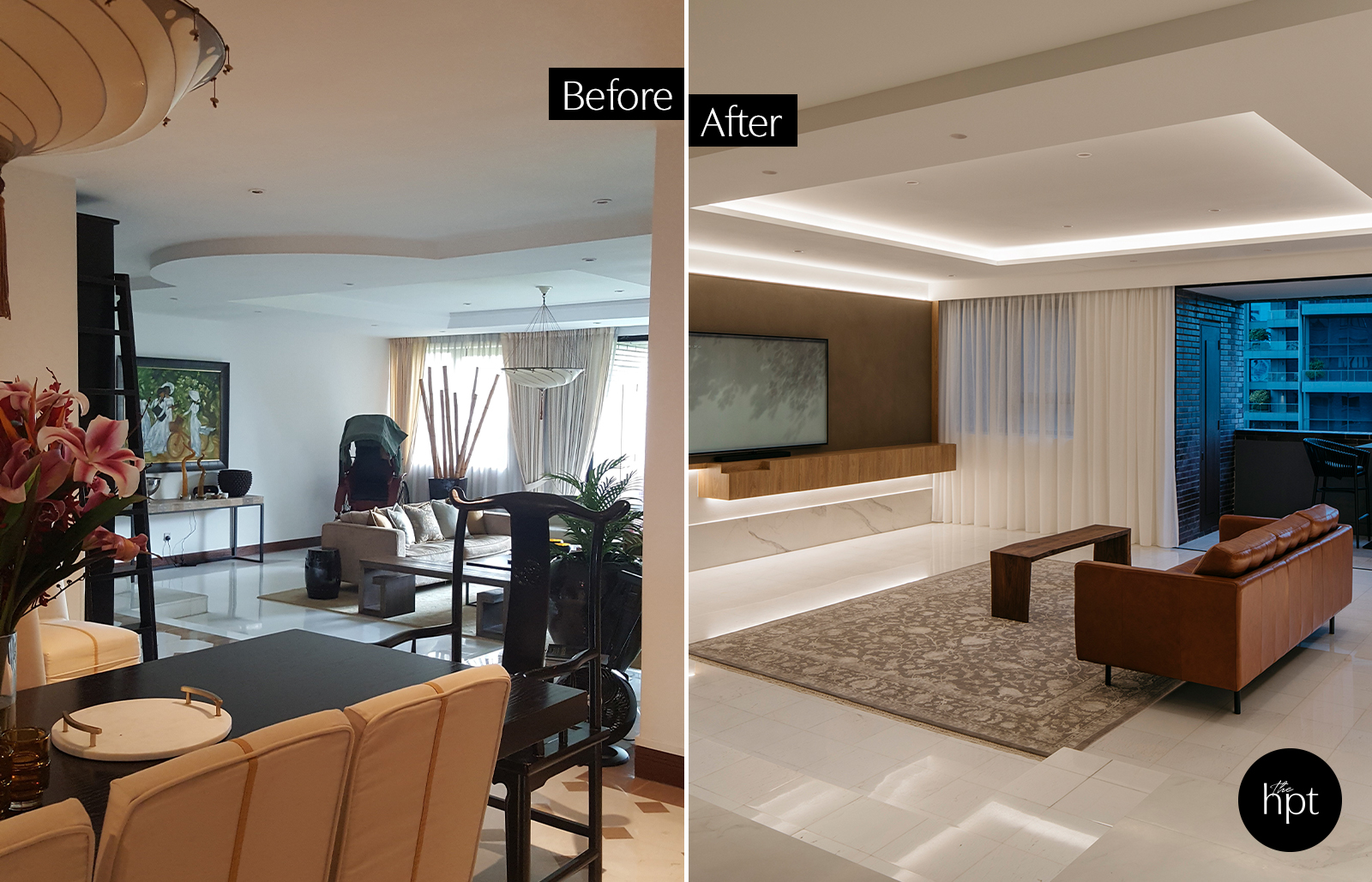 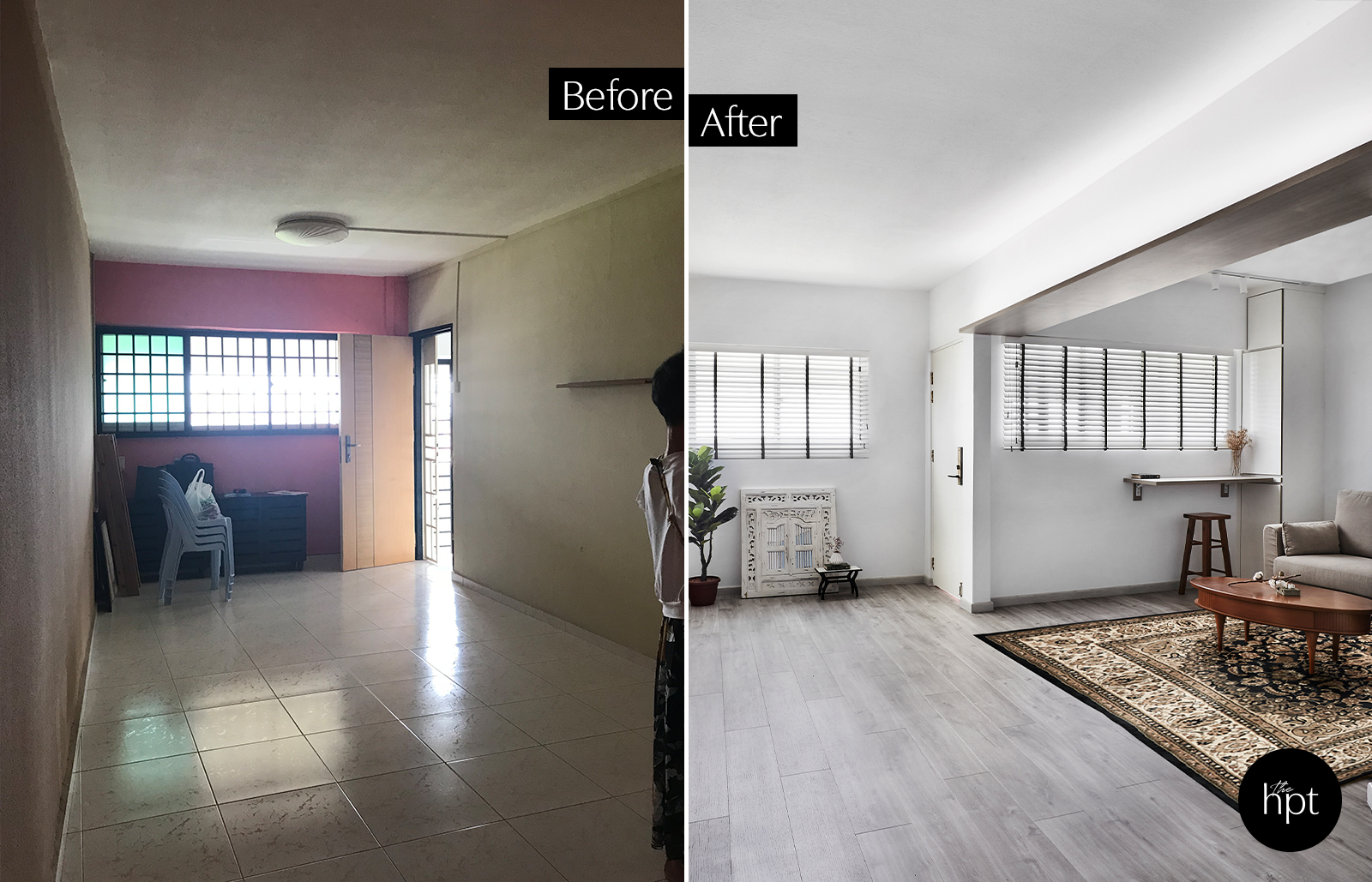 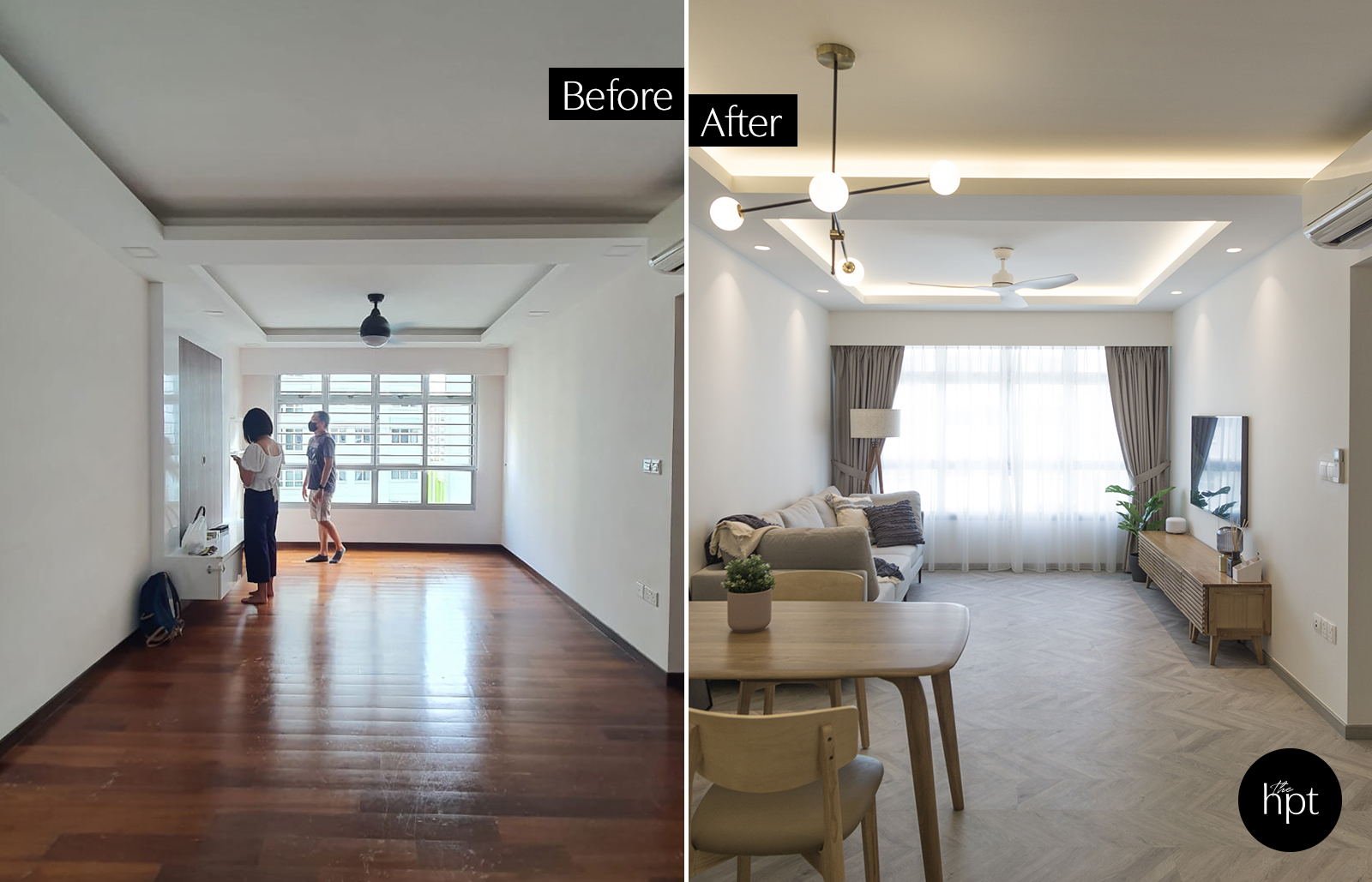