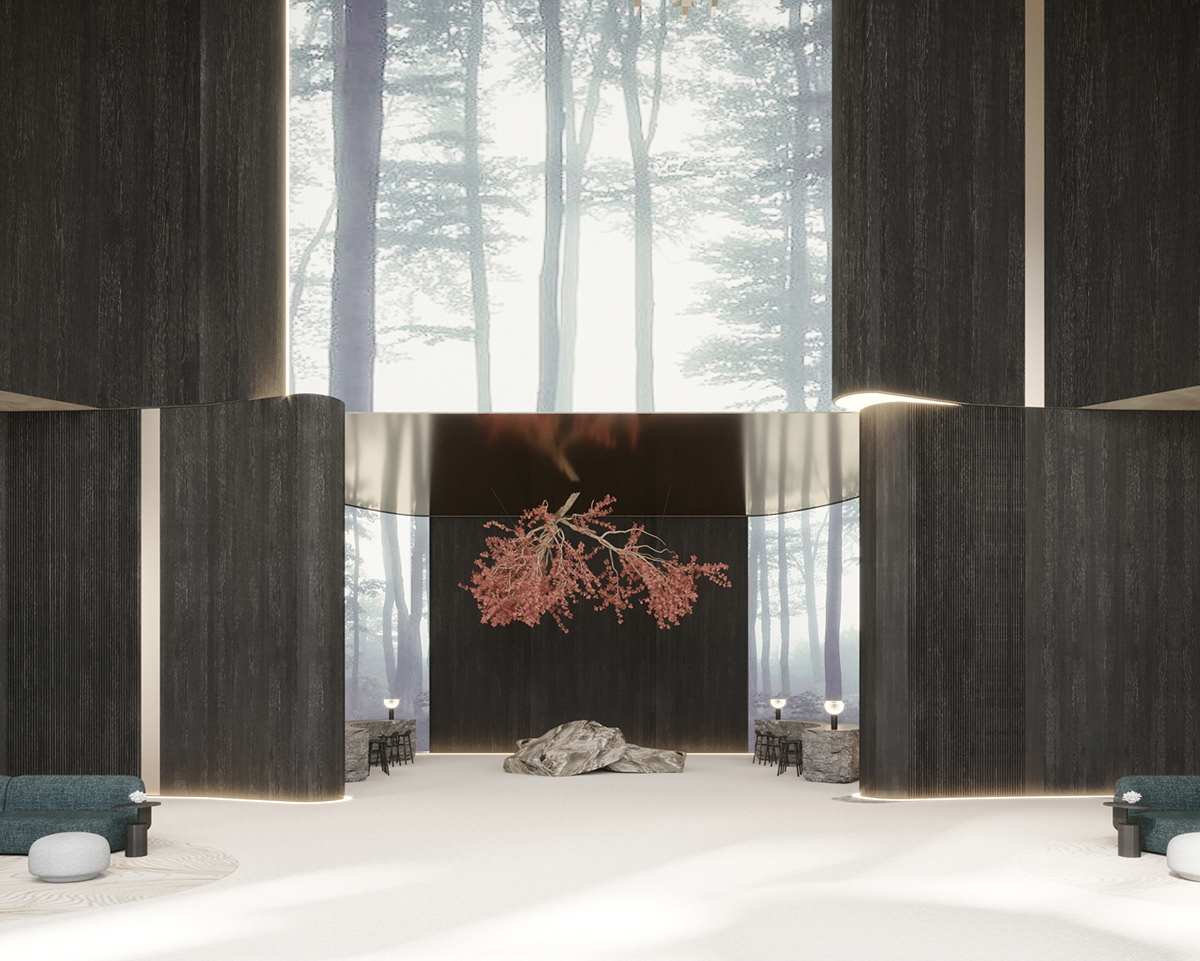 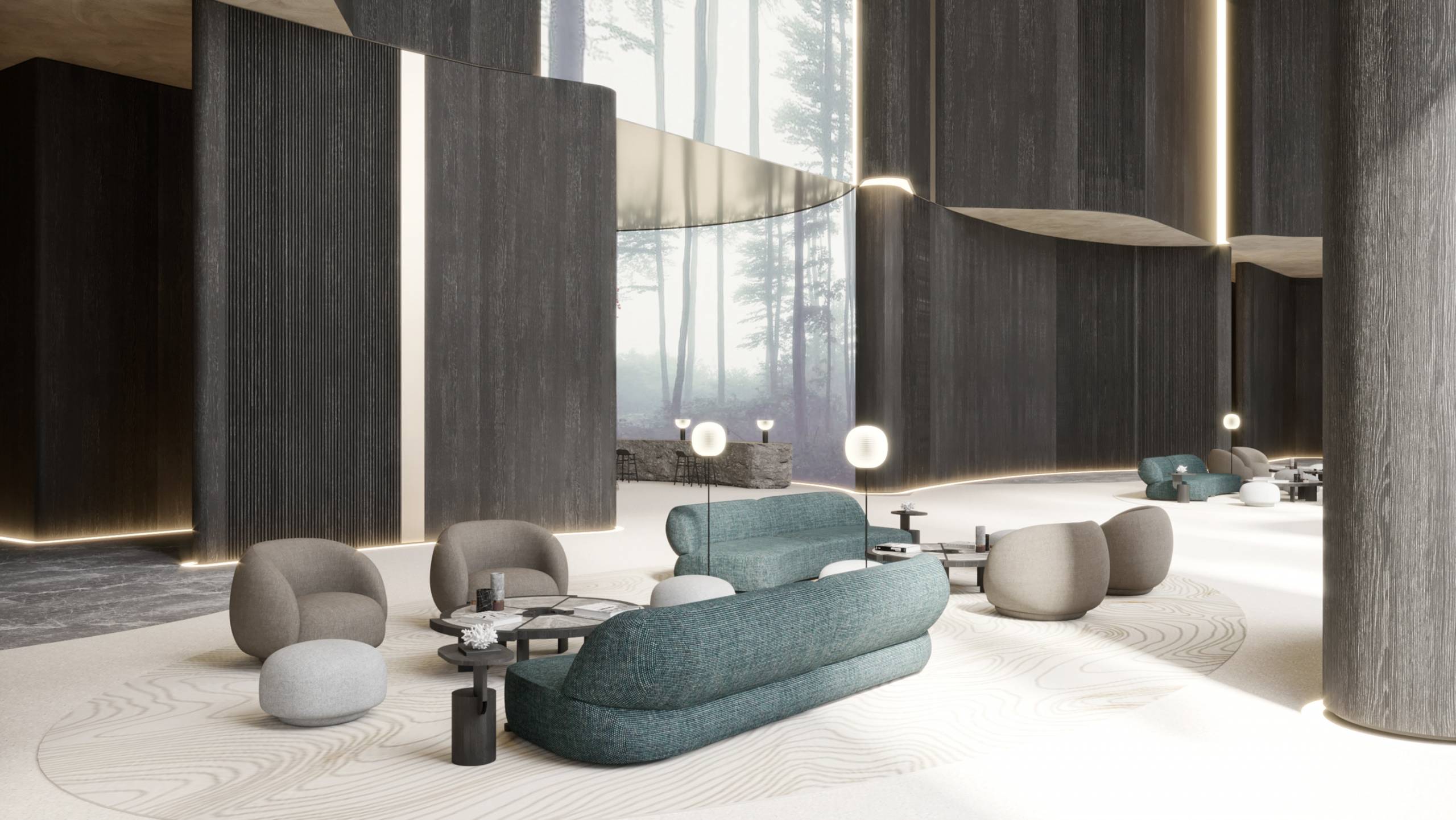 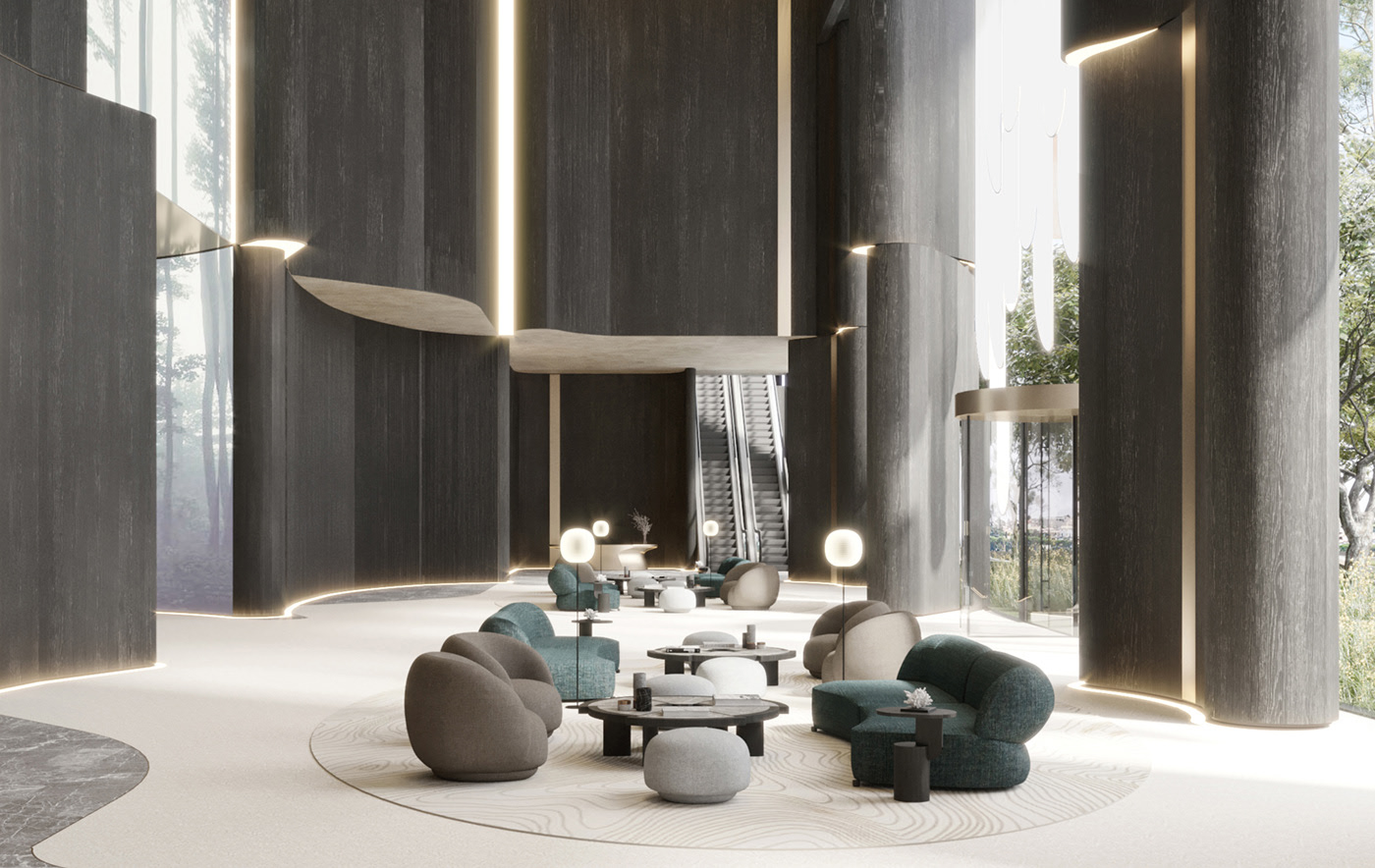 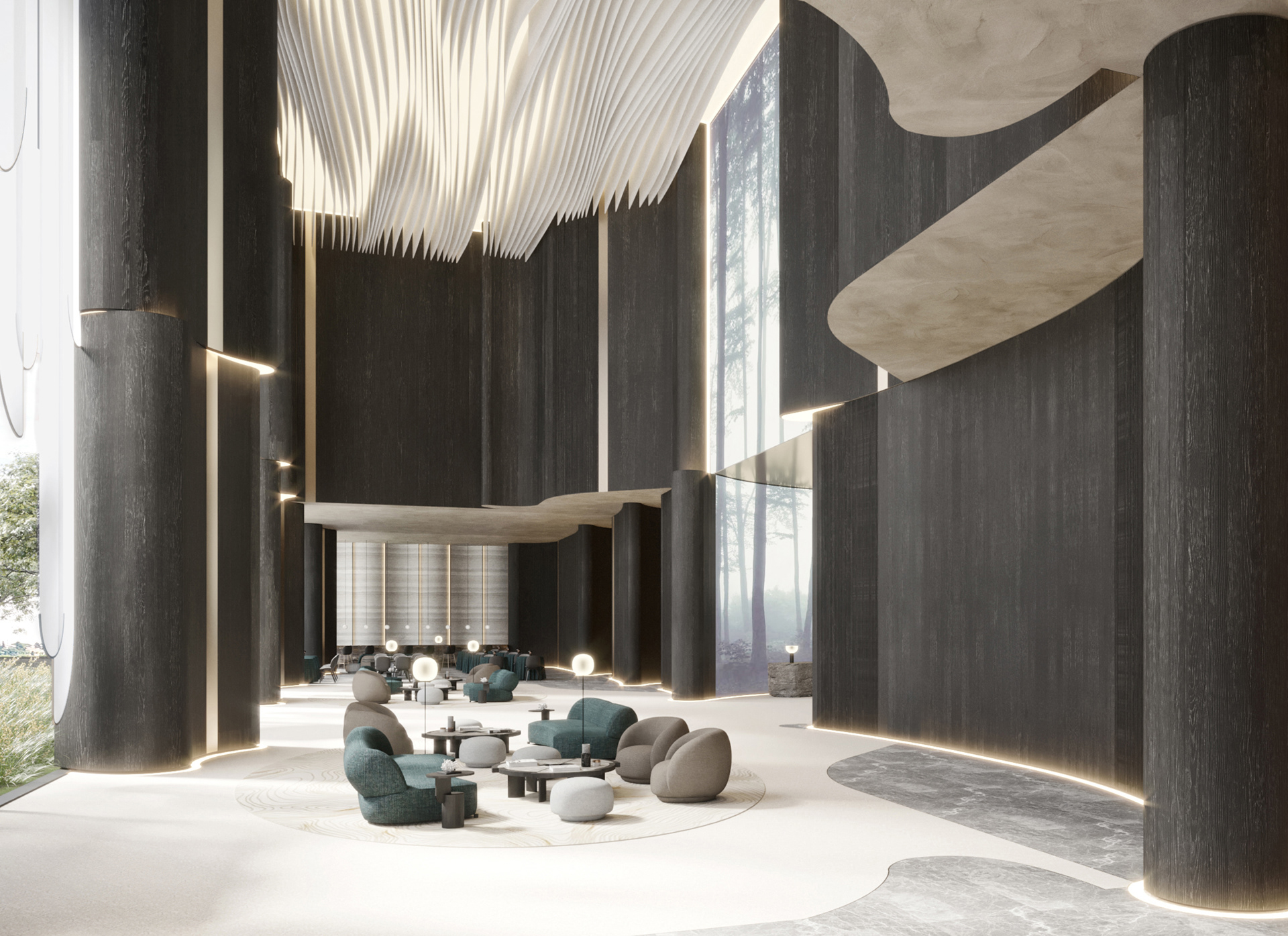 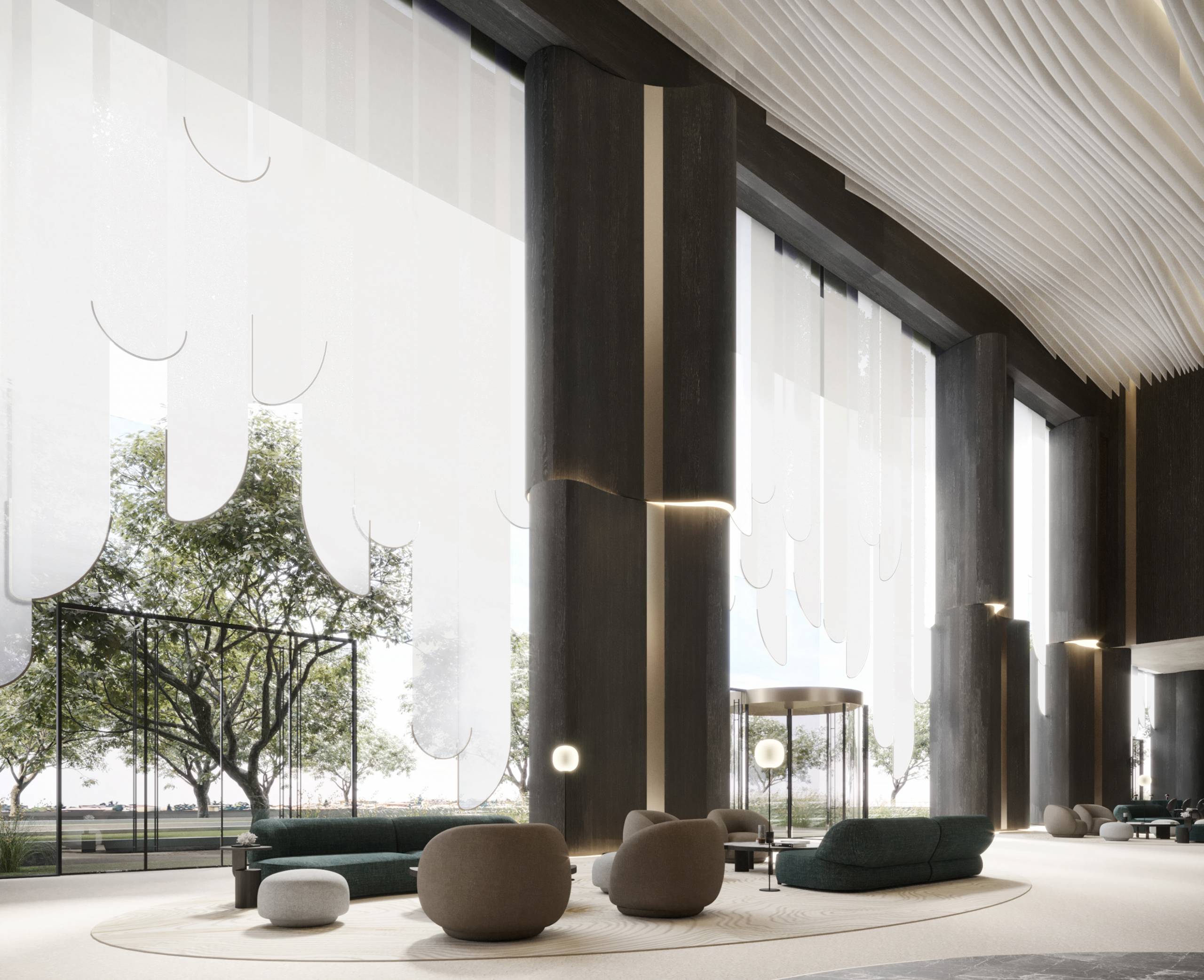 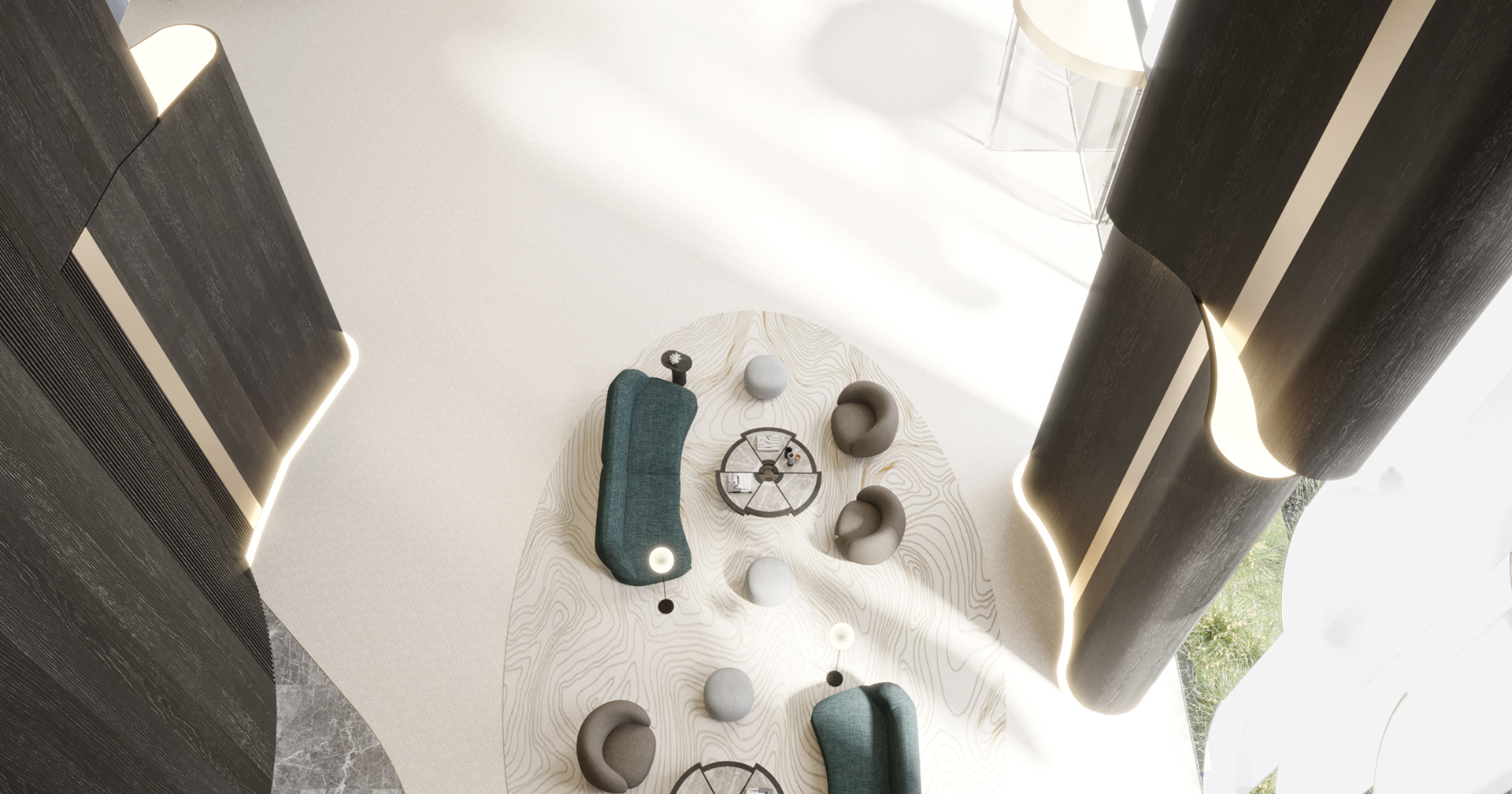 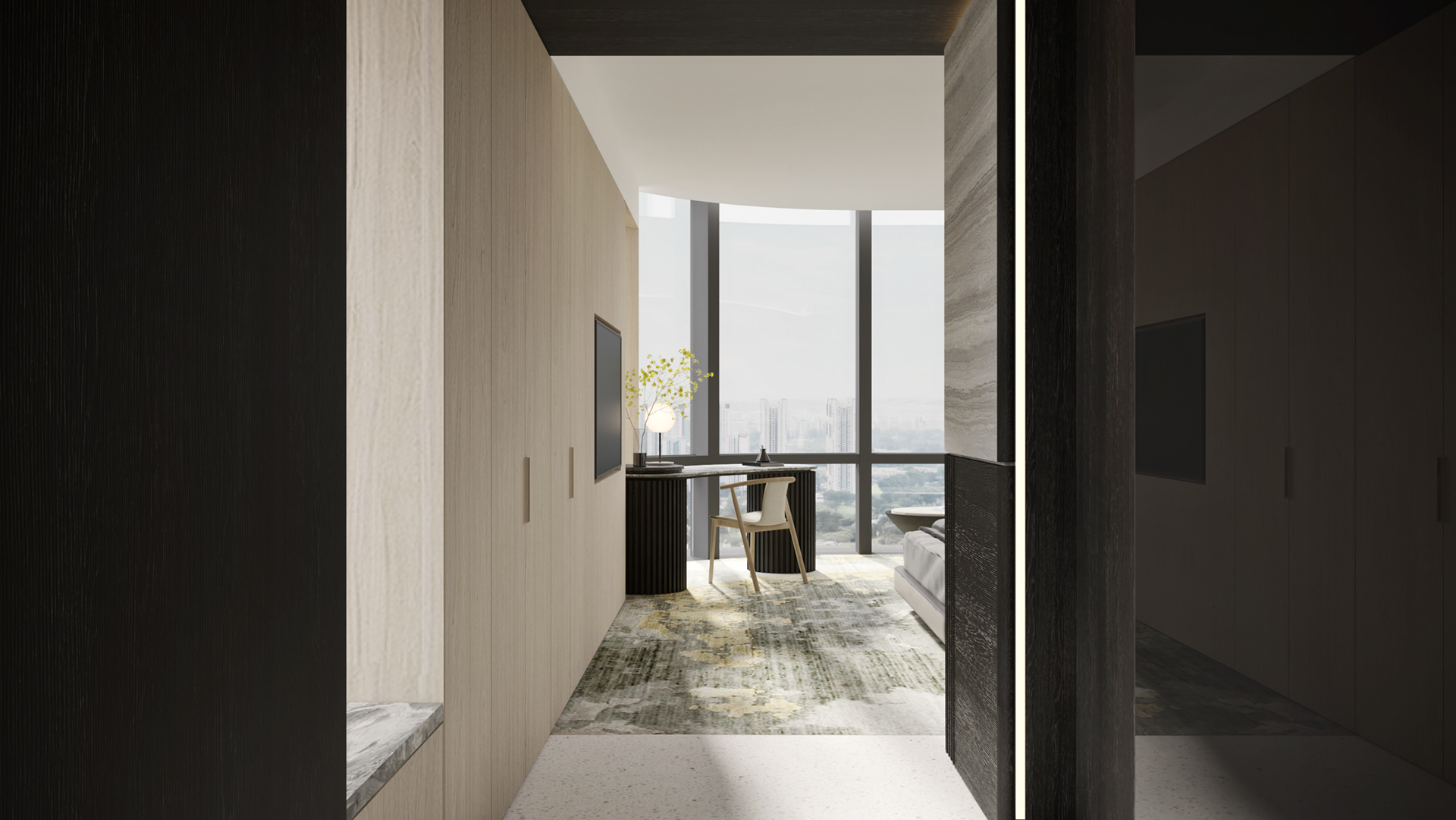 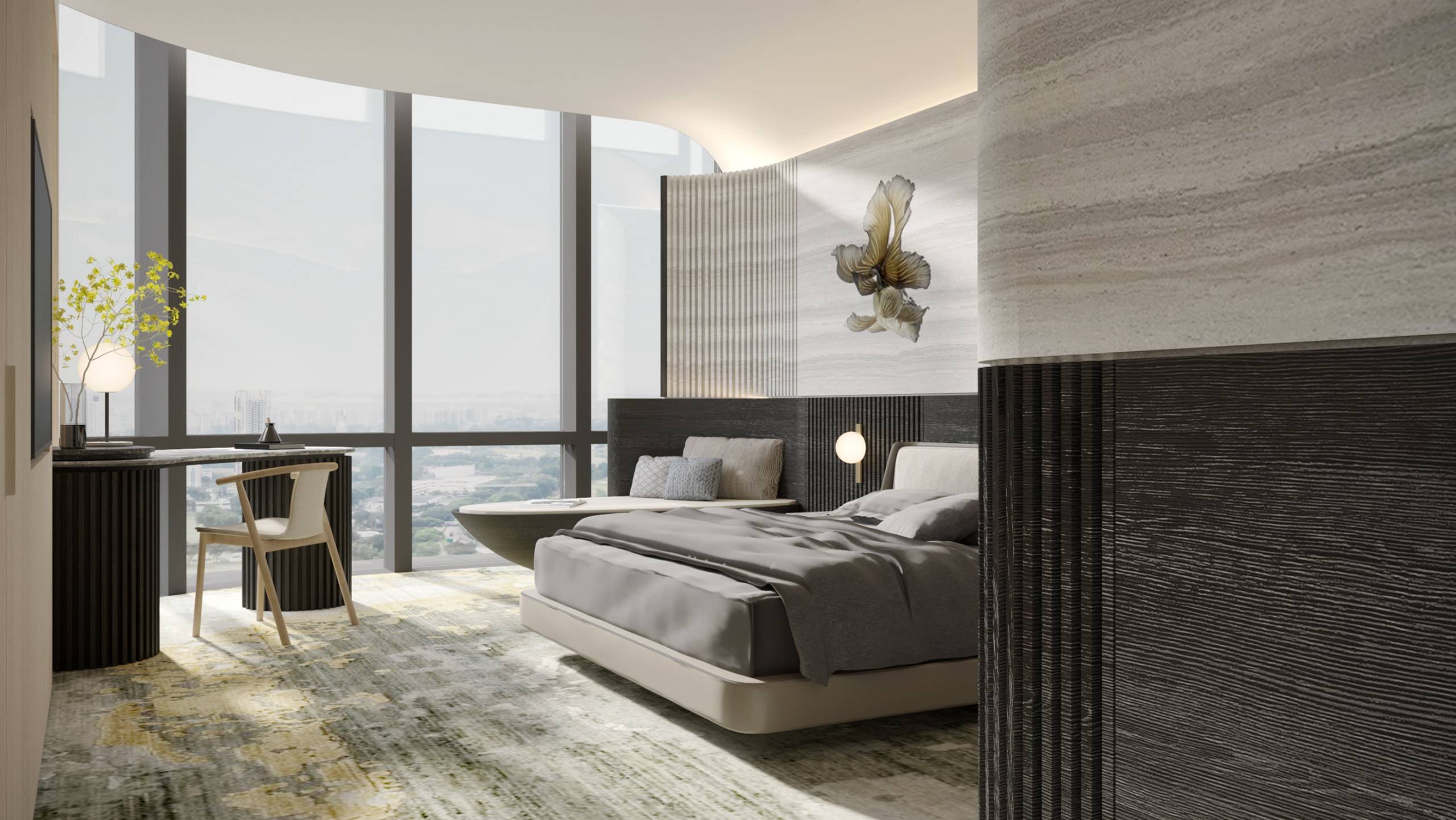 Located in the budding district of Nansha, The Hesong is less than an hour away from the Guangzhou city centre. Surrounded by lush greenery and overlooking river, it is an oasis for the seasoned urban traveller who wants to experience the excitement of the city and also soak in the rich natural environment unique to the area.  The Hesong takes its inspiration from the abundant greenery in the Nansha district.

The overarching concept is to have guests journey through the hotel, rising from the bottom of mountain with rivers (ground level), through a forest (mid levels) and up into the clouds (highest levels). From the undulating 15metre-tall feature wall in the main lobby to the subtle use of light and dark tones, “layering” and fluidity also feature strongly throughout the hotel, referencing China’s famed landscape paintings. Natural materials from the region are used generously. The result is a hotel that exudes refined grandeur while paying homage to the district, city, and country.

The five human senses – sight, hearing, touch, taste and smell – are engaged in various ways to form a fully immersive and memorable experience. Transitional spaces are utilised as a means to further enhance the narrative behind the design concept (e.g. elevator interiors that change in mood to reflect the level it is on, or different scents to denote different zones in the hotel). Oversized media screens will feature strongly, both to add value to the branding as well as keep the hotel up to date with the changing seasons. Additionally, curated promotional or collaborative advertisements may become a potential source of revenue.  With an Imaginative concept and an innovative interior unlike any other, The Hesong is poised to be a new icon of understated sophistication in Nansha, Guangzhou – and perhaps for the world too.

Co-Founder of an Award-Winning Design Consultancy

;
Coen
Commercial
SEE ALL 25 PROJECTS BY THIS DESIGNER >

Co-Founder of an Award-Winning Design Consultancy