Dramatic textures are reined in by a pared-down palette that includes dark wood, white cabinets and black tiles. A wood display light feature stood out in the existing column.

In the open concept kitchen, the usage of Peranakan tiles and green mosaic backdrop give the space an identity without being too overwhelming visually.

False ceiling was removed to showcase this original wooden truss structure. Cove lights were added to enhance the pitch roof ceiling. Double french doors were used for the entrance.

The intricate detailed sculpted panel near the ceiling has been imported in from Malaysia adding a timeless and age-appropriate feature.

The laminate used in the bathroom aims to mimic a natural wood finish. With the white marble tiles, the contrast makes the space look clean and cozy.

In this bathroom, subway tiles and rough Peranakan terrazzo tiles were used.

More Projects by this Designer 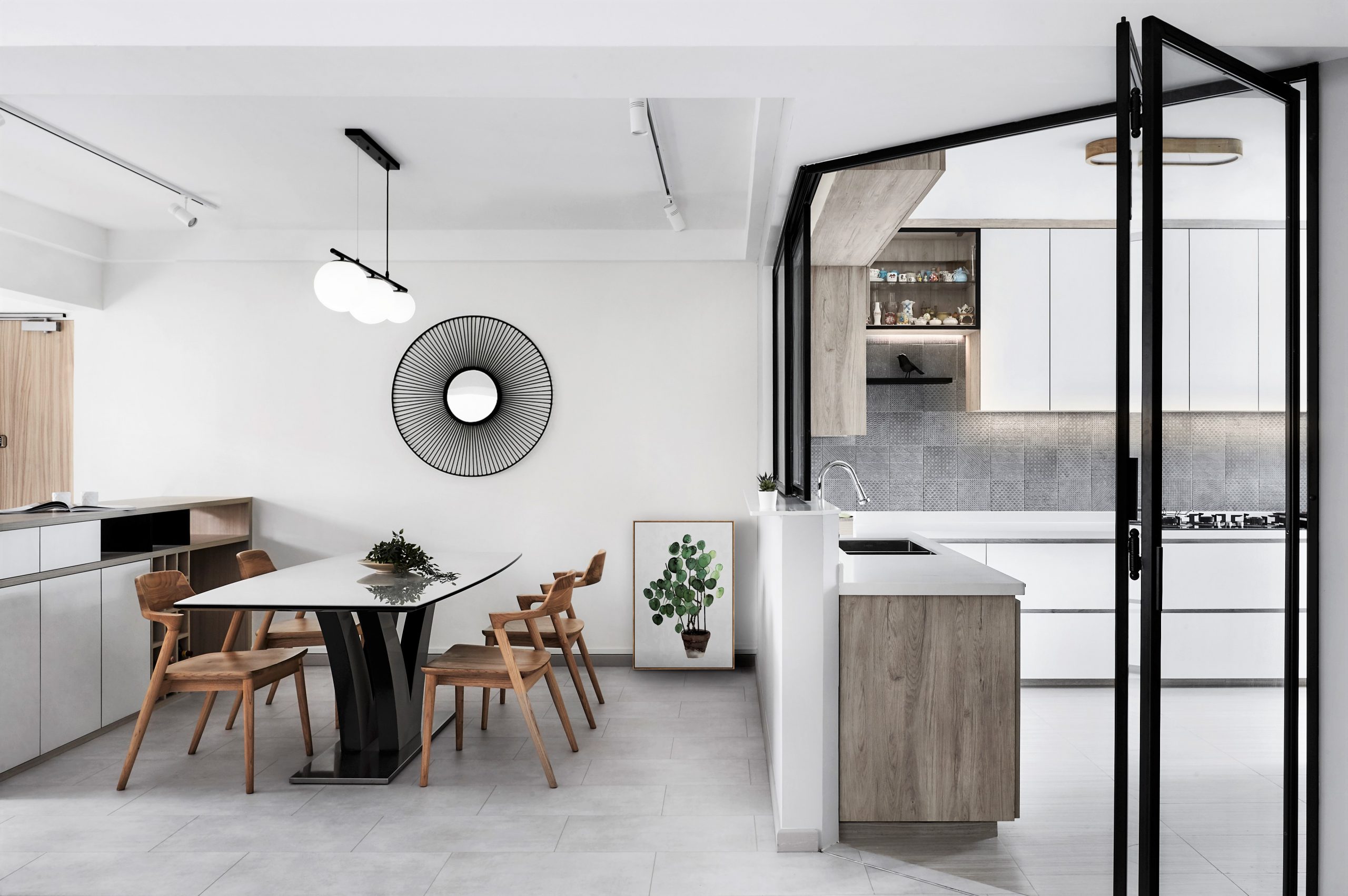 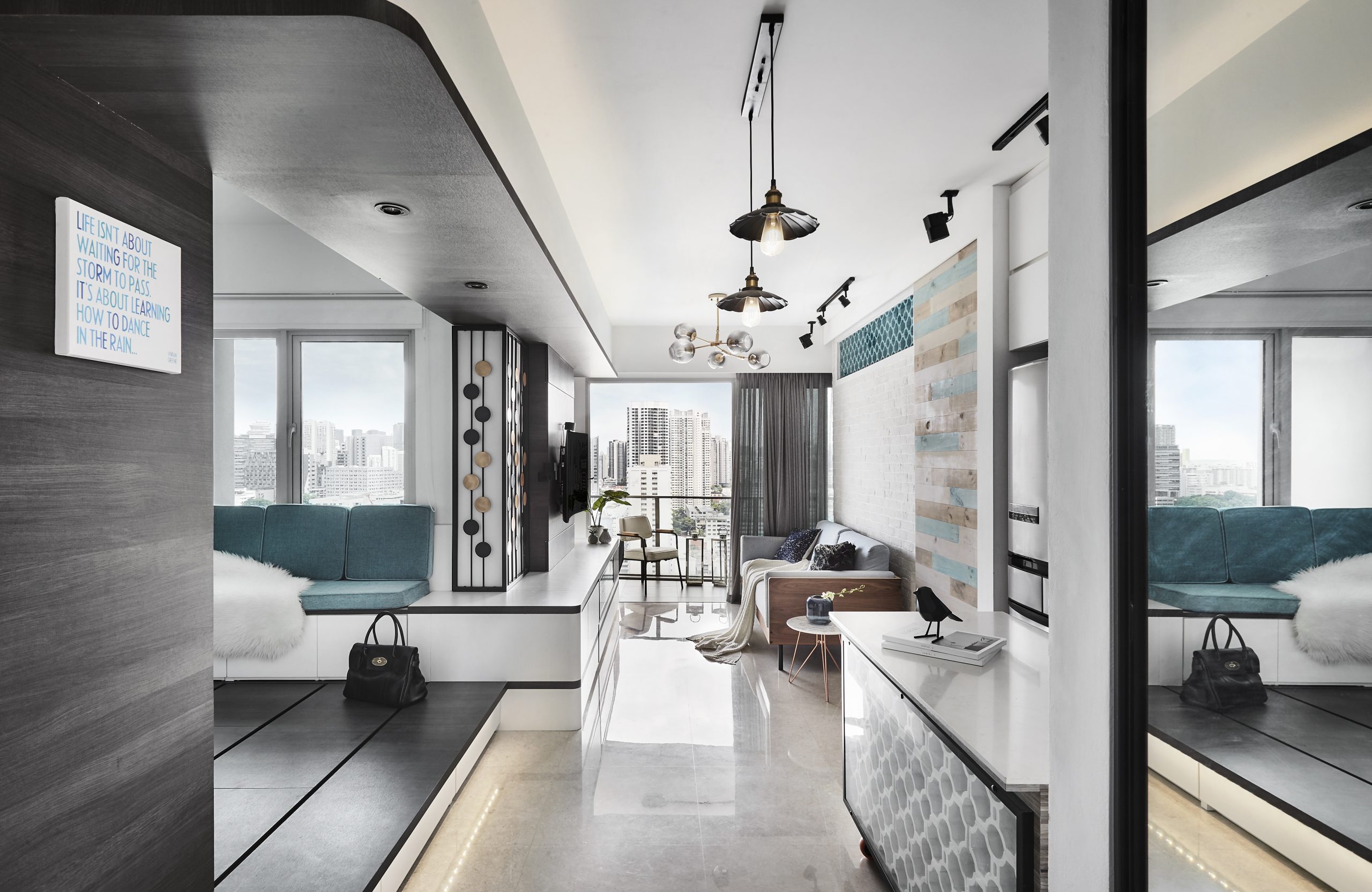 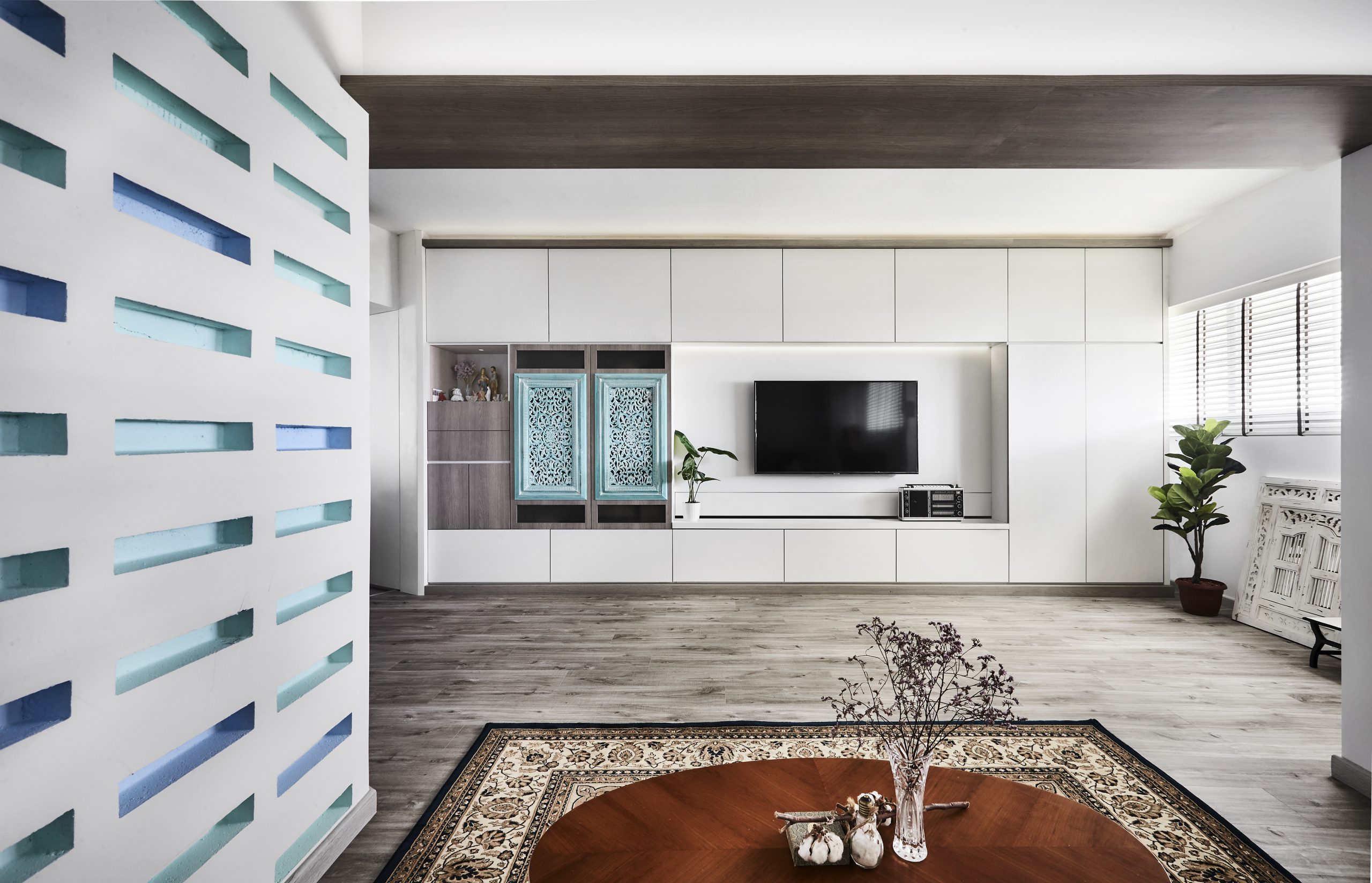